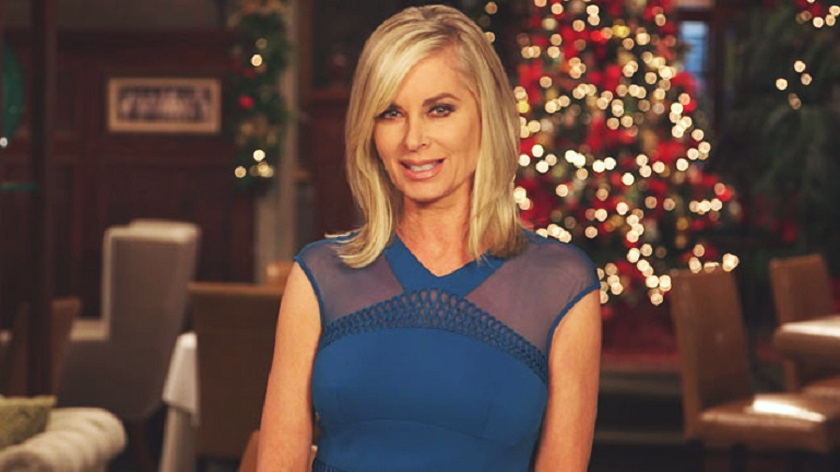 Young And The Restless (Y&R) fans rejoice! Eileen Davidson, who plays Ashley Abbott, will return to Genoa City for Christmas. The actress was originally scheduled to appear on the December 25 episode. But due to recent preemptions, viewers will see her on December 27.

It’s also expected that Kyle Abbott (Michael Mealor) and his new wife Lola Abbott (Sasha Calle) will put in an appearance at the celebration. But will Ashley’s mother Dina Mergeron (Marla Adams) also take part in the festivities?

Davidson’s last appearance on the Y&R was during the week of November 11. She came back to town to try to lure her new nephew Theo Vanderway (Tyler Johnson) to Paris to work with her. When Theo turned down her job offer, she jetted back to the city of light.

Davidson officially left the Y&R in June, 2018. Since then, Ashley has returned to the show several times for special occasions and to see her daughter and siblings.

The actress has been playing Ashley since 1984. She has also been on several other soaps, she portrayed Kelly Capwell on Santa Barbara from 1991 to 1993.

Davidson’s Ashley  character crossed over to Y&R’s sister soap the Bold And The Beautiful from 2007 to 2008. She was also a fan favorite on Days Of Our Lives, playing Kristen DiMera and Susan Banks on and off from 1993 to 2018.

Viewers have also kept up with Davidson on the reality show The Real Housewives Of Beverly Hills, which she appeared on from 2014 to 2018.

Keep reading The Soap Scoop for more Young And The Restless news and spoilers.