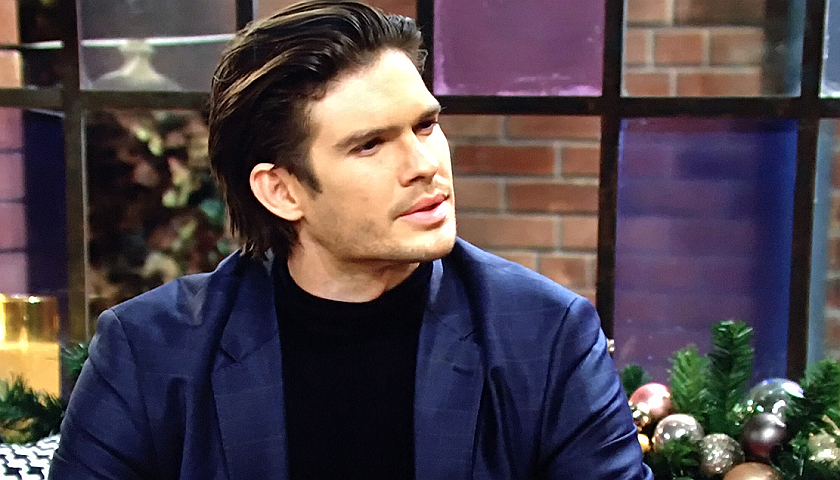 The Young And The Restless (Y&R) scoop reveals that actor Tyler Johnson, who plays Theo Vanderway, will be returning to Genoa City.

Theo first appeared on the soap in 2019, so fans were stunned when the news of Johnson’s departure from the Y&R spread in early November. The actor announced he was leaving on his Twitter account.

“I’ve always been an optimist. Today isn’t an end, but a new beginning,” he posted. “Thank you to everyone tuned in to watch ‘Theo Vanderway’- it was all a blast. The future is bright. Love you all.”

Viewers last saw Theo on December 14. He was suing the Abbott family for his late grandmother Dina Mergeron’s (Marla Adams) entire estate. But his uncle Jack Abbott (Peter Bergman) warned him his lawyers would destroy him. Then Jack offered him a deal – he would be gifted Dina’s boutiques in Paris if he dropped his lawsuit. Theo agreed, took the deal and then left Genoa City for Paris.

Johnson’s Y&R homecoming will take place during the week of February 8. It’s not known how long his return will last, but fans are hoping it will lead him back to the Y&R canvas permanently in the near future.

Theo may well be back to cause problems for his cousin. He and Kyle Abbott (Michael Mealor) were rivals from the start and by the time he left, they hated each other. However, he did make amends to Kyle’s girlfriend.

On his last day in Genoa City, Theo warned Summer Newman (Hunter King) to watch her back when it came to Sally Spectra (Courtney Hope). “Don’t mess with her, she’s a shark and she wants your job,” he said. So will he be returning as Sally’s friend or foe?

There have also been rumors that his ex-girlfriend Lola Rosales (Sasha Calle) is pregnant. Viewers saw her recently seem dizzy and stumble when she was at work. Will Theo be back in town to deal with his ex-girlfriend’s pregnancy?