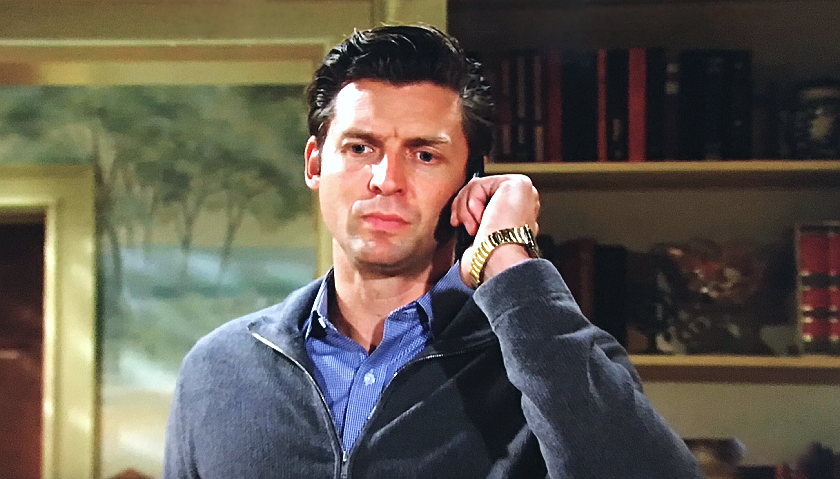 The Young And The Restless (Y&R) scoop reveals fans were stunned by Donny Boaz’s (Chance Chancellor) firing from the CBS soap. His last airdate is today.

The news broke when Boaz posted his goodbyes on Instagram on Sunday. “I’d love to say that this was my choice, that I’ve booked the next big project and leaving of my own accord…but that wouldn’t be the truth,” he originally said, but edited this out of his post later.

“Here’s what I know,” he continued. “I was told that Chance is NOT being replaced or killed off. He’s just not gonna be there anymore. Overall, I am grateful and thankful for this amazing opportunity.”

Boaz has only played the role of Chance for about a year. He joined the cast in November 2019. But it’s the second time he’s left. The first time, in November 2020, he tested positive for COVID 19 and was temporarily replaced by Melissa Ordway’s (Abby Newman) real-life  husband Justin Gaston.

Still, many fans were upset and surprised that he’s been let go. Chance just married Abby on December 1, 2020. Plus, the popular couple were just in the thick of a storyline surrounding he and Abby’s fertility issues.

“I’m so so sorry. You were my new tv crush!!” one fan commented. “Loved your story line and was sooo looking forward to seeing the love story progress. Good luck to you.”

“Noooooooo!!!!! I love you as Chance! Abby finally found a great guy! I’m sad and mad right now,” another viewer commented. Then another fan expressed what many others may be thinking. “Can’t they let a couple be married more than 5 minutes on this damn show. I’m livid!!”

Chance’s last scene on the Y&R will also be a sad one. On today’s Y&R, he will tell Abby he has bad news. “Low sperm count, low mobility,” he’ll say. “The one thing that I do know is that I can’t give you a child right now.” Then Abby will leave to give him some time alone and he’ll take a cryptic phone call. “I was wondering when you’d finally catch up with me,” Chance will say.

Will Chance Chancellor return to Genoa City one day? Keep reading The Soap Scoop for more Young And The Restless spoilers and news. And make sure you join our free Facebook Group.