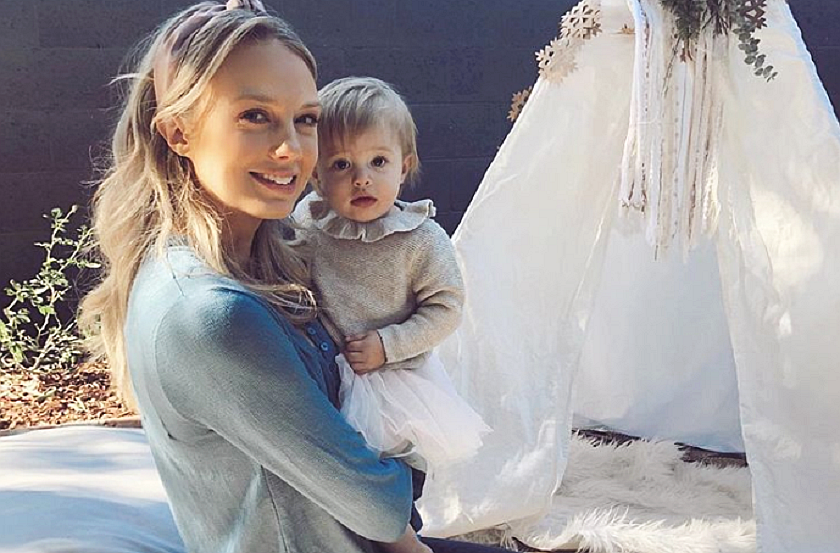 Sophie Jolie Gaston was born five weeks early, due to a placental abruption.  At the time Ordway, who plays Abby Newman on Y&R, called her a welcome surprise.

“Christmas came early in the Gaston house!” Ordway had posted on Instagram. “Welcome to the world Sophie Jolie Gaston! She surprised us on Saturday, 12/9 at 10:38am weighing in at a tiny 5lbs 5oz. “

Ordway married Sophie’s father, Justin Gaston, in 2012. They adopted their first child, Olivia in 2016. Then they welcomed a little sister for Olivia on December 9, 2017.

Since the joyful occasion of Sophie’s birth, the Y&R actress has updated fans with her daughter’s progress on social media on a regular basis.

Happy 11 months, Soph!!! You are the tiniest little cheerleader I’ve ever seen… cheering, clapping and smiling your way through life! ☺️ this month you’ve learned to stand up by yourself, walk with the help of a push toy, you’ve added some words to your vocabulary, shake your booty, give high fives and have gotten 2 more teeth! You still love your big sis and look up to her a lot! And you still dislike sleep! We love you, Sophie! #11monthsold ❤️

Ordway shared a photo of her daughter on Instagram yesterday, captioning it: “This is 2.”

“Your daughter is beautiful Mel …. I wish mine were that little again,” one fan commented. “Happy birthday to sweet little Sophie!! We love her so much!” another fan said.

As you can see from Ordway’s most recent Instagram update, Sophie Jolie, pictured above at two years of age, is growing up fast!

Ordway has been playing Abby on Y&R since 2013. She took over the role from actress Emme Rylan, who now plays Lulu Spencer on General Hospital, and quickly became a fan favorite.