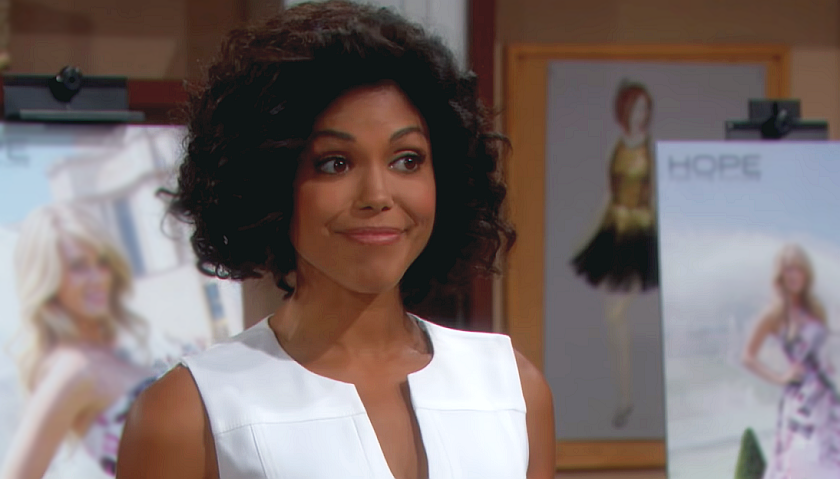 Most viewers know that Morgan recently underwent emergency eye surgery but will need time off the Y&R to recover. Mosley most recently appeared on the CBS soap the Bold And The Beautiful (B&B) as Maya Avant.

“We’re grateful that Karla Mosley, a seasoned actor and consummate professional, was able to step in to the role of Amanda during Mishael Morgan’s temporary absence,” said a statement from Executive Producers Anthony Morina and Josh Griffith.

They also wanted to reassure viewers that will Morgan will return. “Mishael is a valuable member of the Y&R family and will be back on air soon to continue her journey as Amanda.”

The two actresses have reportedly chatted about the character of Amanda, according to Soap Opera Digest. “I was able to connect with Mishael, who is such a goddess,” Mosley said in an interview. “We had always been friendly whenever we saw each other around CBS, but we never had a real heart-to-heart sit-down.”

She also said she was hesitant at first to step into the shoes of such a wonderful actress. “It was great that I could talk with her and say thank you for leaving me such a wonderful path to follow. I also told her, ‘I’ll be happy when you’re healed and able to return.'”

Mosely was released from contract with the B&B and put on recurring status in March, 2019. In December 2018, she returned from Paris with the shocking news that her marriage to Rick Forrester (Jacob Young) was over, leaving viewers wondering why they broke up.

But CBS soap fans will no doubt be happy to see her back on their screens once again on April 26. The Soap Scoop congratulates Karla Mosely on her new, temporary, role.