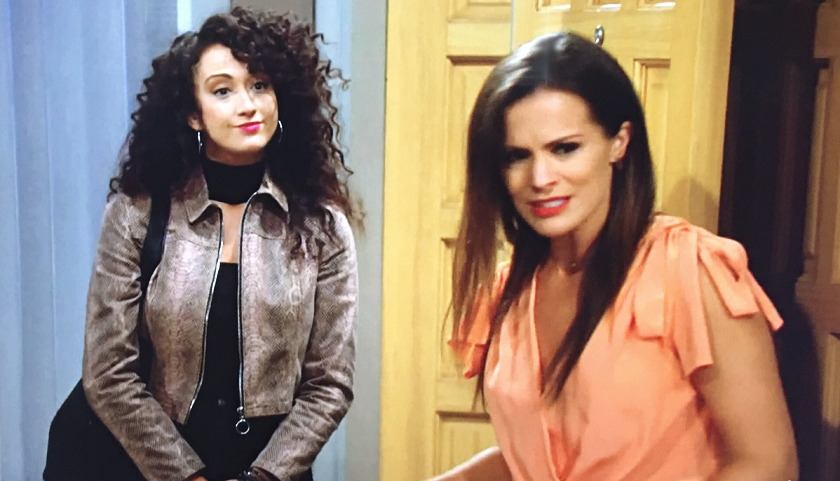 The Young And The Restless (Y&R) scoop for Wednesday, September 9 suggests Chelsea Newman (Melissa Claire Egan) will feel the walls closing in.

Also, Phyllis Summers (Michelle Stafford) will take control of a situation and Lily Winters (Christel Khalil) and Billy Abbott (Jason Thompson) will work on a strategy. Plus, Sharon Newman (Sharon Case) is tired of fighting.

Viewers know Lily and Billy haven’t exactly seen eye to eye since they’ve been running Chancellor Media. But on Wednesday, she’ll fill him in on a plan that he’ll heartily agree with. Lily met some exceptional women of color at a conference she attended and wants to embark on a hiring blitz.

Meanwhile, Sharon is reeling after her pathology results stated her cancer is spreading. She’ll tell Rey Rosales (Jordi Vilasuso) she can’t deal with it anymore, she misses feeling normal and is tired of fighting. “I know this doesn’t sound logical, but I feel like I let you all down,” she’ll tell him through her tears.

After they have something to eat, she’ll tell Rey she feels a bit better and will ask him to warm something up for her. Then she’ll text Adam Newman (Mark Grossman). Sharon will apologize and tell him to keep his chin up. She’ll also promise to continue to be there for him.

At Society, Phyllis will show up for a dinner with Nick Newman (Joshua Morrow) and Summer Newman (Hunter King). When she sees Abby Newman (Melissa Ordway), she’ll go out of her way to greet her rival. Then she’ll excitedly tell Abby she’s figured out a way to buy out her shares of the Grand Phoenix. Abby says she’ll believe it when she sees it.

Young And The Restless Scoop – Will Chance Chancellor Tell Her The Truth?

Finally, alone and feeling vulnerable, Chelsea will get an unwelcome visitor. Alyssa Montalvo (Maria DiDomenico) will appear at her door, saying she’s looking for Adam Newman (Mark Grossman). She’ll lie and say he’s on a business trip. But once Alyssa tells her she knows Adam killed her father, Chelsea will admit she has no clue where Adam is.

Then Chelsea will beg Alyssa not to run the story, but she plans on exposing Adam, no matter what Chelsea says. Chance Chancellor (Donny Boaz) will show up and find them arguing and Alyssa will bring up Adam’s Las Vegas crimes. After Chelsea throws her out, she’ll ask Chance if he found Adam. Will he tell her where he found Adam and who he found him with?

B&B Poll: Should Hope’s Happily Ever After Be With Thomas?