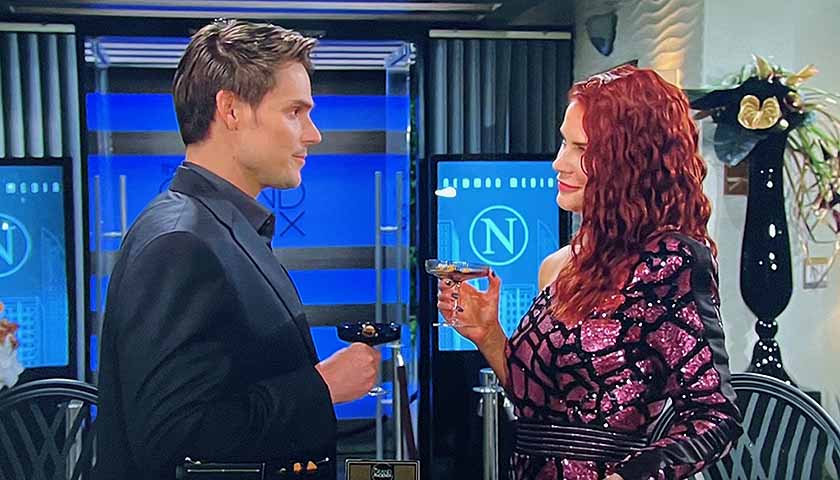 The Young And The Restless (Y&R) scoop for Wednesday, September 1 suggests Adam Newman (Mark Grossman) will arrive at his launch party with Sally Spectra (Courtney Hope) on his arm.

Y&R spoilers tease Elena will visit Lily, who will ask her if she’s made a decision. “Yes, and no,” she’ll reply. She wants to accept the AskMD Now job, but would like to take a different approach. Elena thinks a proactive approach, helping people get healthier, should be their goal. “We give people the information they need before they need it,” Lily will say, pleased.

At Crimson Lights, Sally will spot Jack and tell him she’s working for Newman Media. Then she’ll warn him she’ll be at the launch party. He’ll say he knew she was working there. “Do you really think I’m that fragile?” he’ll ask. Sally will sit down and mull over their conversation. Then she’ll confront him. “You went out of your way to make me feel small and insignificant,” she’ll say. “No more lectures. I’m making a fresh start with people who accept me.” 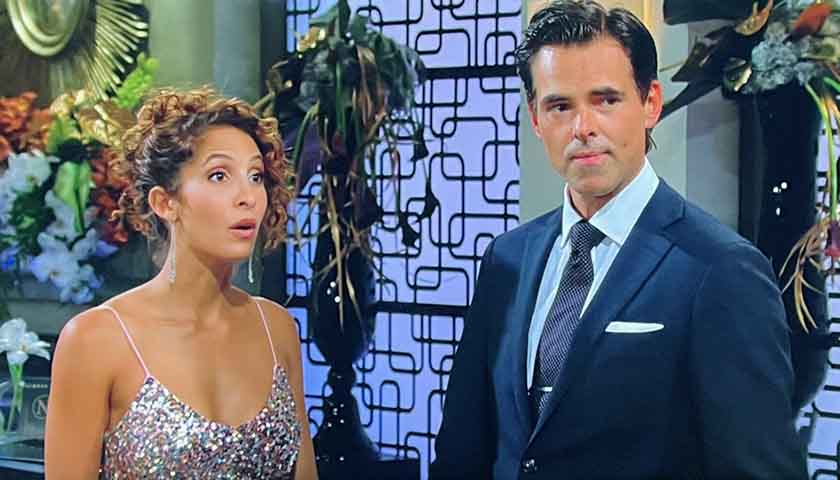 Meanwhile, Victoria Newman (Amelia Heinle) will talk to Ashland about her lack of a relationship with Adam. Then she’ll talk about his past and his secret about the older woman who mentored him. “I wouldn’t call it a secret,” he’ll say. “Well, it was the first I’ve heard of it,” she’ll respond and ask what other secrets he has. But he’ll dodge the question and make a face. He’s not feeling well and they’ll decide to skip the party.

At Newman Ranch, Victor will look over the guest list for the  party at the Grand Phoenix and see Billy on it. “I invited him as a professional courtesy,” Adam will say. However, Victor will not be pleased and will hope he doesn’t show up. But Billy will be there, as large as life, and Victor will ask Nick Newman (Joshua Morrow) to keep an eye on him. “That guy is trouble, wherever he goes,” Victor will say.

Young And The Restless Scoop – Phyllis Summers Is Going To Flip

Finally, Adam will walk in with Sally on his arm. “Did Adam tell you he would be bringing her?” Nikki will ask Victor. “Uh, uh,” he’ll reply, grinning. But Phyllis Summers (Michelle Stafford) will flip when she sees her nemesis walk in. “I’m kicking her out,” she’ll tell Jack, who will hold her back. “You can’t,” he’ll say. “She’s the date of the co-host.”

Over by the bar, Adam and Sally will toast each other. “Everybody’s staring,” Sally will say. “Good,” Adam will reply. Then Sally will say she thinks she’s going to enjoy herself. “It’s gonna be fun.” Adam will grin over at Billy. “It is indeed,” he’ll reply.