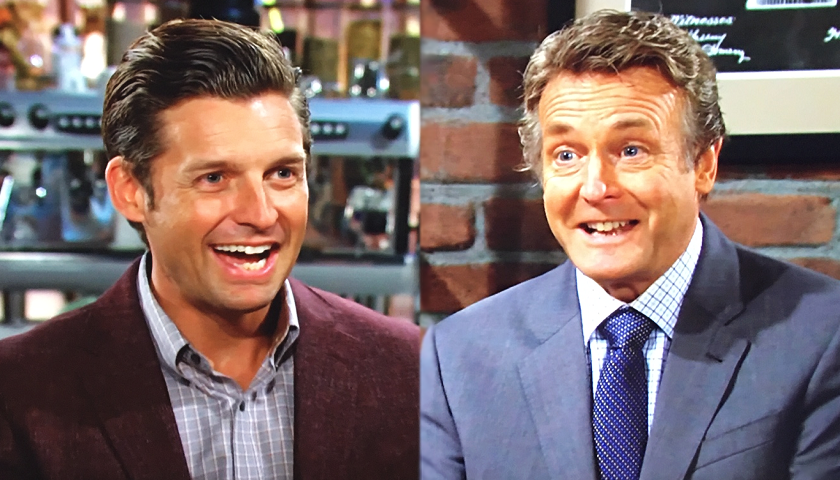 The Young And The Restless (Y&R) scoop for Wednesday, October 28 suggests Paul Williams (Doug Davidson) will have some surprising news.

At Crimson Lights, Elena will run into Mariah, who’ll suggest they go upstairs to talk. “I’m, uh pretty shocked and stunned,” Mariah will tell her. Elena will say she was hoping Mariah would understand her situation from both sides.

“You’re right. I cheated on Tessa, so I know how insecurities can get in your head and lead you to make the worst decision in your life,” Mariah will say. She will also tell her that forgiveness isn’t impossible. Elena will say that even if Devon can’t forgive her, she hopes he can forgive Nate Hastings (Sean Dominic) some day.

Meanwhile, Devon and Amanda will agree that they’re officially friends now. She’ll tell him about how no one remembers seeing Rose pregnant and how she showed up with a baby “out of the blue.” Amanda will later see Elena at Crimson Lights and tell her when she first met her, she was very protective of Devon. “You were willing to go to bat over him against me, like I was a threat,” Amanda will say. “I never intended to be one.”

At Jabot, Summer will tell Jack she was sorry to hear about Dina Mergeron (Marla Adams). Jack will thank her and then talk about Kyle Abbott (Michael Mealor). He’ll say he cares about his son and about her. Jack will say he understands she’s afraid to commit to Kyle but “sometimes facing those fears is the way you get the life you want.” And at Crimson Lights, Mariah will blast her, telling her she’s an “entitled brat” and her own worst enemy.

Then Summer will have a disturbing daydream that Kyle has gone running to Lola Rosales (Sasha Calle). She’ll imagine them taking off their clothes. Abby Newman (Melissa Ordway) will have a nightmare in which Adam Newman (Mark Grossman) threatens her with a knife and plans to blow up Society.

Finally, Chance Chancellor (Donny Boaz) will meet with Paul Williams (Doug Davidson). He’s anxious to find out it he’s going to become a member of the Genoa City PD. “I am here to officially offer you the detective position,” Paul will tell him. An excited Chance will pump his first in the air. But the offer doesn’t come without strings attached. Chance will need to go through a probation period first.

Live your wildest fantasies with #YR. ✨ The Young and the Restless is new this week on @CBS and @CBSAllAccess. pic.twitter.com/fwSixn2sGy