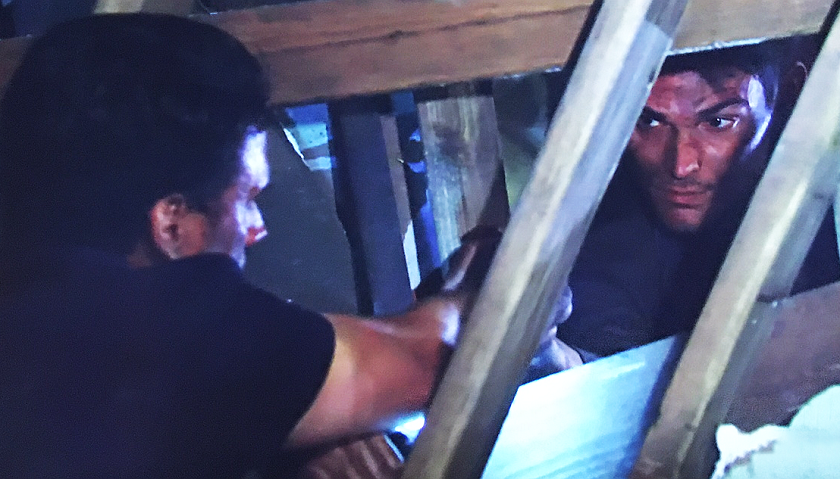 The Young And The Restless (Y&R) scoop for Wednesday, May 5 suggests Adam Newman (Mark Grossman) will save his brother’s life.

Spoilers tease Chelsea will be going stir crazy. Chloe Mitchell (Elizabeth Hendrickson) will come to her door and she’ll say she needs some fresh air. They’ll have dinner at Society and Chloe will spot Rey. He’ll come over to their table and Chelsea will ask if there are any leads on Adam. He’ll say he can’t discuss the case but there are several leads pointing in a different direction.

When they return to the penthouse, Victor will be sitting in her living room. He’ll ask them if they’ve been out on the town, “celebrating the destruction of my son’s life.” However, Chelsea will say she’s getting better and needed to get out.

Victor will declare that she’s definitely made a miraculous recovery. Then he’ll say she’s going to go to the cops and will confess to Rey’s poisoning. If she does, he won’t take Connor Newman (Judah Mackey) away from her. “You think wisely on it,” he’ll tell her as he leaves.

At the hospital, Faith will get a visit from Moses Newman (Jacob Aaron Gaines) and they’ll play some chess. But when she makes a face, he’ll ask her if she’s okay. She doesn’t feel well and Moses will run to get a doctor. At the same time, Nikki will tell Sharon she respects how she fought cancer and how strong she’s been for Faith. After Nikki leaves, Sharon will get a disturbing phone call from the hospital.

Finally, Nick Newman (Joshua Morrow) will wake up, choking. He’ll look through all the fallen debris and find Adam lying unconscious. When he wakes up, Nick will ask how he is. “Both my kidneys are intact, if that’s what you’re wondering,” Adam will reply. Nick will tell him to leave him there and Adam will mention he could leave the country but he’ll be back for him. “I trust you,” Nick will say.

After Adam leaves, Nick will notice his leg is cut badly. He’s lost a lot of blood. He’ll think he hears Faith telling him not to trust his brother. But then he’ll hear sirens. Adam has returned with the fire department. He’ll say he had to give them a fake name. “What name did you give them?” Adam will smile. “Billy Abbott.” Nick will chuckle. “Solid,” he’ll reply. Then they’ll shake hands and get ready to return to Genoa City.