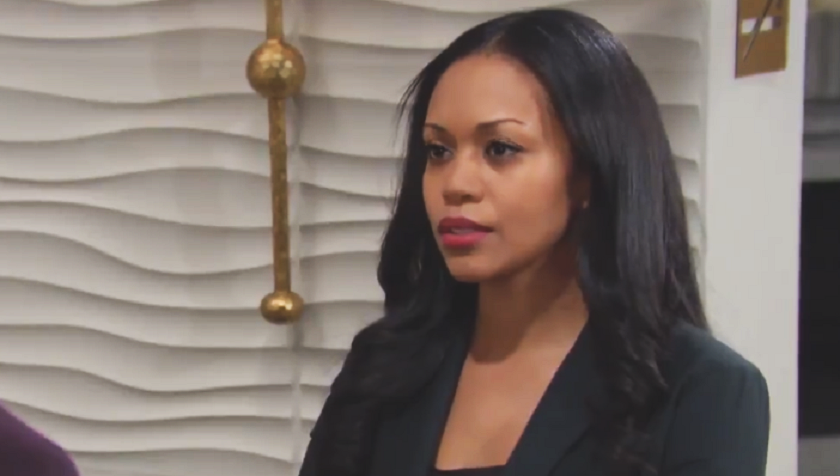 The Young And The Restless (Y&R) scoop for Wednesday, March 25 reveals that Amanda Sinclair (Mishael Morgan) and Devon Hamilton (Bryton James) will team up.

“This is starting to feel real,” Lily said to Billy when they arrived at the former Dark Horse building. “It sure does feel real,” he replied. Then, they flipped a coin and Lily landed the bigger office, much to Billy’s chagrin.

On today’s episode, the pair will adjust to their new surroundings and likely engage in some friendly bickering. They’ll also continue their discussion on making the new Chancellor media division the best it can be. Billy and Lily will be working together frequently in the future, which makes one wonder – are the writers planning on shipping these two? Have they already moved on from his romantic pairing with Amanda?

Speaking of Amanda, she and Devon will find common ground when they try to help Jared (Michael Maclane), who is in jail. Both Devon and Amanda sympathize with Jared, as they went through a lot in their young lives. Both had been part of the foster system for years. Devon luckily landed on his feet when he was adopted by Neil Winters (Kristoff St. John), but Amanda was not so lucky.

She recently spoke to Nate Hastings (Sean Dominic) about growing up in the foster care system. She said she had never felt emotionally attached to her foster parents.  He asked her if she’d ever looked into her biological roots and she told him it’s wasn’t something she’d ever wanted to do. If anyone does any digging, will it turn out Amanda is Hilary Curtis’ (Mishael Morgan) biological sister?

Other spoilers tease Phyllis Summers (Michelle Stafford) will playfully toy with Nick Newman (Joshua Morrow), but where will it lead? These two have already slept together twice now in the last few weeks, will the third time be the charm to get these two officially back together?

Finally, Jack Abbott (Peter Bergman), Ashley Abbott (Eileen Davidson) and Traci Abbott (Beth Maitland) will do something special for their mother. “It’s time for our mother to come back home,” Ashley told Jack recently. And the trio will make good on what they discussed and move Dina back to the Abbott estate.