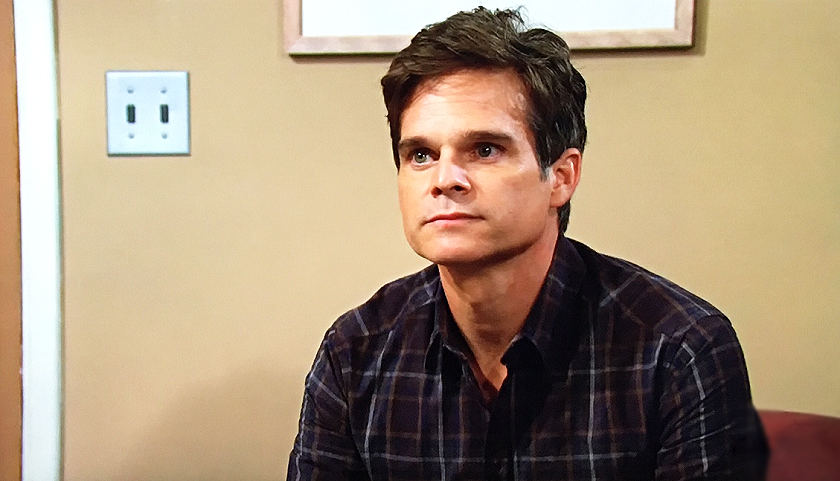 Spoilers tease Summer will caution Kyle. He’s excited to get to know his son. But Summer will wonder if maybe he should put on the brakes a little. She believes forming such a strong bond with Harrison Locke (Kellen Enriquez) is risky. “You might be setting yourself up for heartbreak here.”

Unfortunately, Summer may be proven right. After a conversation with Mariah Copeland (Camryn Grimes), Kyle will arrive at the Abbott estate calling out for his son and Tara Locke (Elizabeth Leiner). He’ll call Jack Abbott (Peter Bergman) and ask him if he’s seen them. “I’m at the house,” he’ll tell his father. “She’s gone. And so is my son.”

Meanwhile, Adam Newman (Mark Grossman) and Victor Newman (Eric Braeden) will meet with Nick and Devon. Adam thinks a partnership between Newman Media and New Hope will be beneficial to both parties. “We love the things that you do and we want to help,” Adam will say. Nick and Devon will tell them they’ll think about it.

At Chance Comm, Billy will send Lily Winters (Christel Khalil) an article they’re going to run. It questions the legitimacy of Newman Media. Lily will decide to publish it right away. Victor and Adam will see it and decide to bide their time. “But there will be a proper retaliation,” Victor will promise his son. “One that Billy Boy won’t see coming.”

Finally, after hearing Chloe Mitchell (Elizabeth Hendrickson) recount her visit with Chelsea, Kevin will be alarmed. He’ll ask if she’s worried Chelsea is going to implicate her in the poisoning and she’ll say no. But he’s not so sure. Kevin will make up an excuse to leave and he’ll head to the mental health facility.

He’ll tell Chelsea he knows she’s having a rough time of it. However, he also wonders how much help she really needs. “Chloe isn’t a part of this,” Kevin will tell Chelsea. “So you need to wipe from your mind that she had any involvement in this outrageous plan of yours.” But will Chelsea heed Kevin’s warning?

Amanda learns shocking news about her past today on #YR. pic.twitter.com/Cj4C1InElI