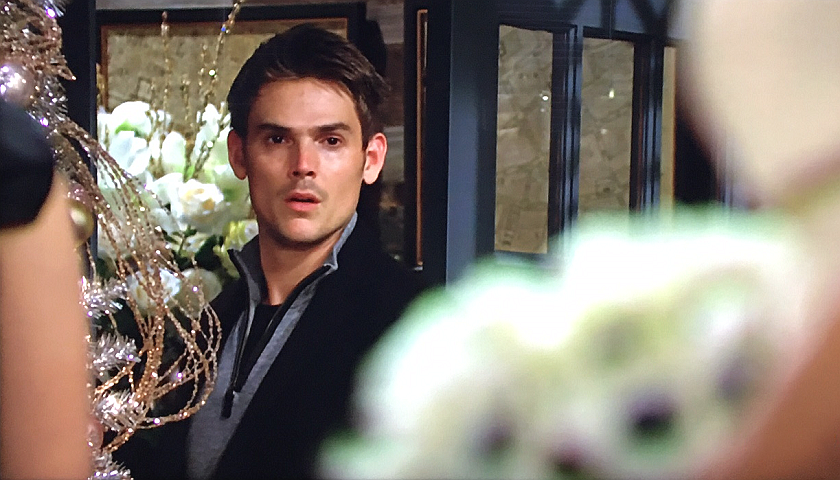 The Young And The Restless (Y&R) scoop for Wednesday, December 30 suggests an uninvited guest will show up at Shey’s wedding.

Also coming up, Chelsea Newman (Melissa Claire Egan) catches up with her son as the Rosales siblings reunite. Plus, Tessa Porter (Cait Fairbanks) gets a big break and Sharon Newman (Sharon Case) and Rey Rosales (Jordi Vilasuso) prepare to be man and wife.

Spoilers tease Chelsea will video chat with Connor Newman (Judah Mackey). He’s worried about the operation she’s having the next day. She’ll tell him there’s nothing to worry about, it’s just a routine operation. But when she signs off, she looks anything but calm.

At Sharon’s house, Rey, Lola Rosales (Sasha Calle) and Arturo Rosales (Jason Canela) will catch up. Arturo will surprise Rey by telling him he got his officiant’s license, so he can perform the ceremony. Then Rey will tell Arturo he wants to put the past behind them. He’s glad his brother has a family with Mia Rosales (Noemi Gonzalez), especially now that he’s marrying “the woman of my dreams.”

Celeste Rosales (Eva LaRue) will video chat with her family and then she’ll say she wants to speak to Sharon alone. She’ll tell her she’s proud of the way she got through her cancer and she’s happy she’s getting a new daughter in law. Then Sharon will say she raised a wonderful man. “I feel like the luckiest woman in the world.”

Mariah Copeland (Camryn Grimes), Faith Newman (Alyvia Alyn Lind) and Tessa will arrive with finger foods for Sharon. Tessa will get a message from her agent. She’ll be in tears when she tells Mariah her agent booked her a huge gig in New York – but it’s tonight. Mariah will tell her to go home and pack. Faith will be distracted, as she’ll get a text from Jordan (Madison Thompson). It’ll say she’s coming to the wedding and is looking forward to “partying” with Faith later.

Young And The Restless Scoop – Is Adam Newman Planning A Little Disaster?

At Crimson Lights, Adam Newman (Mark Grossman) will run into Phyllis Summers (Michelle Stafford) who’ll ask him if he has a little disaster planned for the wedding. Adam will say he hopes Rey and Sharon will be very happy. Then Phyllis will twist the knife. “Does Chelsea know she’s the consolation prize?” she’ll ask.

Speaking of Chelsea, she’ll text Adam, saying she’s getting hungry and asking him if he’s on his way home with her take-out. The guests will gather at Society for the nuptials. But just as Arturo says “let us begin,” Adam will poke his head in the doorway. Will Adam speak up now, or forever hold his peace?

RT if you love to see #Teriah reunited in Genoa City! #YR pic.twitter.com/cs2JbqQhaq