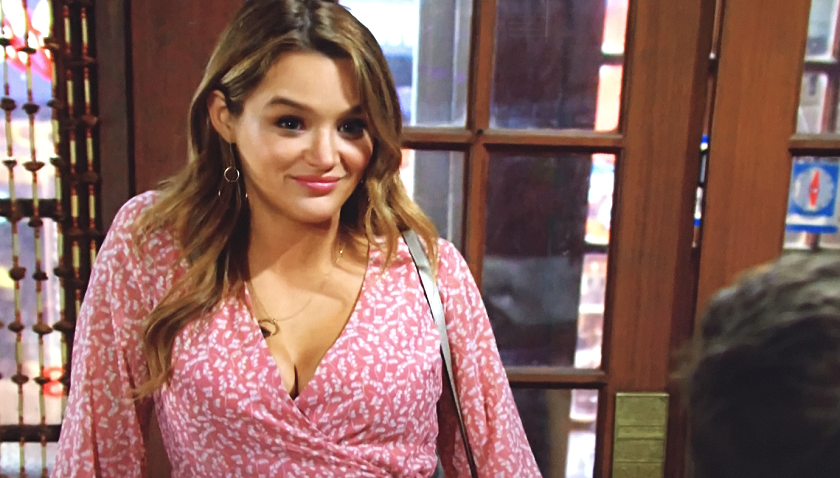 The Young And The Restless (Y&R) scoop for Wednesday, August 26 suggests Summer Newman (Hunter King) will make a big decision.

Also, Victor Newman (Eric Braeden) will cross a line to help his son and Theo Vanderway (Tyler Johnson) and Lola Rosales (Sasha Calle) go out on their first date.

On Monday, Adam Newman (Mark Grossman) started to remember an argument his mother had with AJ Montalvo. He had defended Hope Wilson (Signy Coleman) but couldn’t remember much else about what happened next.

He’d been in the middle of a therapy session with Sharon Newman (Sharon Case) and had taken off. Both Sharon and Chelsea Newman (Melissa Claire Egan) are worried about him. Spoilers tease Chelsea will show up and tell Sharon Adam didn’t come home and she thinks her fiance is in Las Vegas.

Right after Chelsea leaves, Sharon will call Victor and tell him Adam’s missing but she believes she knows where he is. The Newman patriarch will lend her the company jet and she’ll fly off to Kansas to find Adam.

Later, Chelsea will arrive at the ranch and ask Victor if she can borrow the plane to fly to Vegas. She’ll be infuriated when she finds out he’s already let Sharon take it. She’ll tell Victor that once again he’s crossed a line and she knows he and Sharon played her.

Meanwhile, Theo and Lola had agreed on a no dress code date. He will take her to a food truck and they’ll have a great time together. When she suggests she could go for some dessert, Theo will ask if she’s inviting him upstairs. But she’ll tell him she’d prefer to go to his place. However, Theo will hesitate.

Finally, Summer will make a surprising decision. She’ll set up a romantic picnic for she and Kyle Abbott (Michael Mealor) in Chancellor Park. Summer will then suggest the two of them move in together. But will Kyle say yes?

It looks like another good episode is coming up. Keep reading The Soap Scoop for more Young And The Restless spoilers and news. And make sure you join our free Facebook Group.