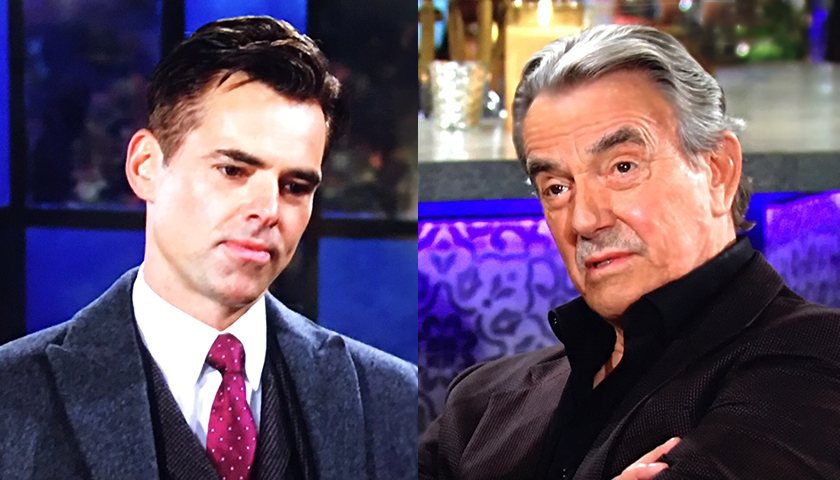 Also coming up, Sharon Rosales (Sharon Case) will lie to Rey Rosales (Jordi Vilasuso) once again and  Victoria Newman (Amelia Heinle) will warn Lily Winters (Christel Khalil). Plus Nikki Newman (Melody Thomas Scott) promises to be there for her granddaughter.

Meanwhile, Sharon will jump after she walks in the door and Rey comes in the room. She’s back from meeting with Adam Newman (Mark Grossman) but won’t tell her husband anything. He can tell she’s stressed and will suggest she shut down Crimson Lights for a couple of days. “I’m fine okay?” she’ll snap. “Enough with the helpful hints and suggestions.” She’ll immediately apologize and Rey will ask if there’s anything she wants to tell him. Sharon will say she has an errand to run.

At Crimson Lights, Lily will run into Victoria, who will say it’s a shame they didn’t take her offer. But Lily will tell her she knows what she’s up to. “The saga of Billy and Victoria is over, permanently,” Lily will inform her. Victoria will say she pitched Billy about a simple business alliance. “Why don’t you take those wide open eyes of yours and take a good look at Billy. Any minute now he could jeopardize everything you’ve been building.”

Around the same time, Billy will run into Victor at Society and will ask him why he’s not celebrating his win. “You lost Billy Boy, accept it.” Billy will tell him about Victoria offering to team up with him. Victor will say Victoria has a peculiar weakness for him which clouds her judgement.

Then he’ll give Billy a warning. “I’m just getting started with you Billy Boy. I’m going to use Cyaxares to crush Chancellor. You don’t even know what’s in store for you so fasten you’re seatbelt.”

A few minutes after Billy leaves, Victoria will arrive and he’ll say he knows she tried to team up with Chance Comm. He also knows why. Victoria will tell her father she’s not trying to rekindle her relationship with Billy. “The more you deny it, the less believable that becomes.” Then he’ll say he’s questioning his decision to put her in charge of Newman. But would Victor really fire his own daughter?

It  looks like a great episode is coming up! Keep reading The Soap Scoop for more Young And The Restless spoilers and news. And make sure you join our free Facebook Group.