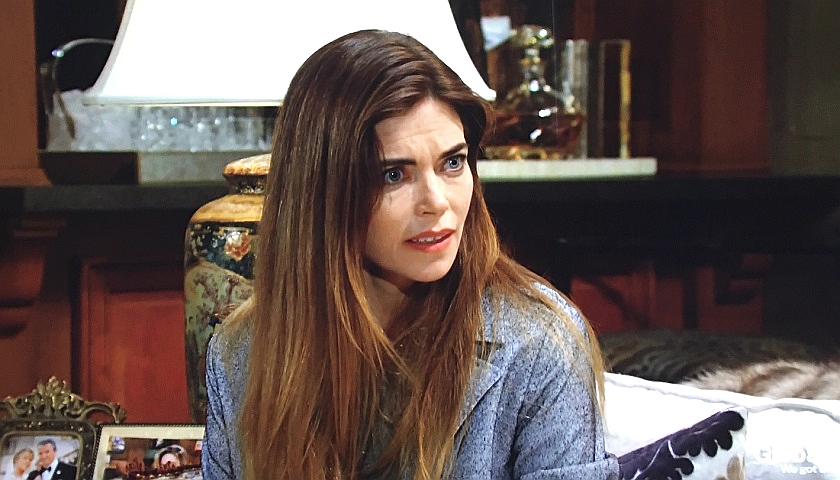 The Young And The Restless (Y&R) scoop for Tuesday, September 29 suggests Victor Newman (Eric Braeden) will ask his daughter to spy on Billy Abbott (Jason Thompson).

At Crimson Lights, Billy Abbott (Jason Thompson) will tell Phyllis that Adam Newman (Mark Grossman) is going to get what’s coming to him. “It’s time he gets what he deserves and if Victor Newman becomes collateral damage in the process, well okay.” Phyllis will tell him it’s explosive and to kill the story.

At Jabot, Kyle will tell Summer Newman (Hunter King) his divorce is officially. She’ll ask him why he’s not dancing around then she will suggest they celebrate. He’ll tell her she’s forgetting one person, Lola.

Kyle will head to Society and ask Lola if she’s okay. Summer will also go there and will be concerned when she sees them talking. Then she’ll confront Kyle about it. He’ll tell her there is nothing going on with he and Lola. “Nothing is going to keep us from having the life we deserve.”

At Chancellor Park, Nikki will tell Nick Newman (Joshua Morrow) she’s worried about what Adam is going to do and how it’s going to affect Victor. Nick will basically reply that he doesn’t care. Nikki will tell him she wants him to take his place in the family and take their side.

Finally, Victoria will arrive at Newman Ranch and see a file folder with Alyssa Montalvo’s (Maria DiDomenico) photo on it. Victor will walk in the room and say he’s having her followed. He’ll tell Victoria he knows Billy met with the reporter and is up to something. She will try to play it down.

“I can’t believe you’re giving Billy that much credit,” Victoria will say. “You usually say that he’s feckless and you treat him like a punch line to a joke.” Victor will tell her this time it’s different and what Billy is doing could affect all of them. Then he’ll ask her to spy on her ex. How is Victor going to react when he finds out Victoria started the whole thing?

Next week on #YR, Traci finds answers about Dina, Victoria visits Victor at the ranch, and Billy makes a bold move. pic.twitter.com/I4EaTw4ksC