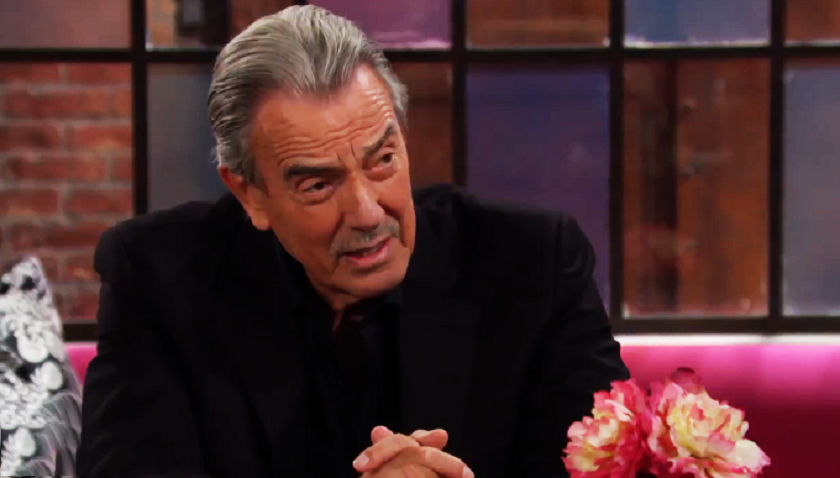 The Young And The Restless (Y&R) scoop for Tuesday, September 22 suggests Victor Newman (Eric Braeden) will give his prodigal son some advice.

Spoilers tease Amanda will talk about her frustration in trying to find out more about Hilary. Even Nate Hastings (Sean Dominic) hasn’t been that helpful. Billy will tell her that Nate is sort of stuck in the middle, between her, Elena Dawson (Brytni Sarpi) and Devon Hamilton (Bryton James). “And me,” he’ll say. “I’m all yours.” Billy will also have an excellent point – there are other people in Genoa City besides Devon who knew Hilary well.

Speaking of Devon, Nate will pay him a visit to find out how he’s doing. Clearly, he’s not doing all that well. Devon is confused and isn’t sure how to feel about the recent turn of events. He’s worried for Elena and Amanda. “You’re worried about everyone else,” Nate will say. “I asked about you.”

Young And The Restless Poll: Who Are You Rooting For – Team Adam Or Team Billy? Click on the link to vote! #YR #YoungandRestless #YoungandtheRestless #Chadam #Shadam #Villy https://t.co/ye4NgS5YV6

Meanwhile, Nick will tell Phyllis he wants to have a family get-together. She tells him she likes the idea. Then at The Grand Phoenix, she’ll see Summer Newman (Hunter King) and stop to chat with her daughter. And she’ll notice something around her neck and she’ll realize there’s a ring hanging off a chain.

Summer’s face will drop as she tells her mother no one knows she and Kyle Abbott (Michael Mealor) are engaged. “But we’re so happy and it’s perfect and please be happy.” Phyllis say that getting married now would be a mistake. Then Phyllis will pull a sly one when Nick shows up. She’ll tell him they should make plans for their rest of their lives. Summer will ask if they’re trying to upstage her engagement. “What? You’re engaged?!” a stunned Nick will say.

At Adam Newman’s (Mark Grossman) penthouse, he and Chelsea Newman (Melissa Claire Egan) will talk about sending their son to boarding school. Adam thinks it’s a must and wants Connor Newman (Judah Mackey) out of town when the news about his crimes breaks.

At Society, Adam will run into Victor, who will ask if Adam is going to bring Connor by the ranch again. He’ll tell his father to stay away from his son. “My blood flows in that boy’s veins,” Victor will say. “He’s my grandson. Nothing you can do about that, is there?” Adam will tell Victor he’s thinking about boarding school for Connor. He’ll say it’s for the best, considering what’s about to happen. “What are you up to, son?” Victor will ask him. Then he’ll advise him to be careful.