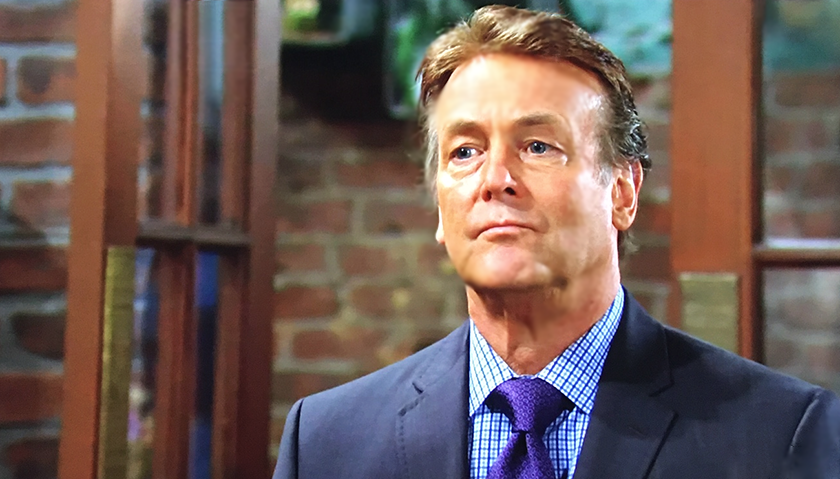 Sharon Newman (Sharon Case) will share her happy news with Mariah Copeland (Camryn Grimes). She’ll tell her mother she’s happy for her but ask her why she isn’t wearing an engagement ring. Sharon will say it was spontaneous and she’ll have a ring soon enough.

Then she’ll fill in Faith Newman (Alyvia Alyn Lind), who won’t take kindly to the news. She’ll confide to Mariah that she’s worried her mother got bad news and that’s why Sharon and Rey Rosales (Jordi Vilasuso) got engaged. An excited Rey will tell Sharon he called his mother and texted his brother and sister about the news. He wants to shout the news from the rooftops but Sharon will ask him to keep it to a small circle for now. Is she already having second thoughts?

Young And The Restless Poll: Who Will Tell Devon About Nate And Elena? Click on the link to vote! #YR #YoungandRestless #YoungandtheRestless #Elevon #Elate https://t.co/I1XM74YOEG

At Devon’s penthouse, he’ll ask Nate if he knows what’s going on with Elena, as she hasn’t been herself. Nate will respond by asking him how he feels about Amanda. Later, at the clinic, he’ll have to talk Elena down from a cliff. She wants to confess their indiscretion to Devon. Nate will guilt trip her, mentioning Hilary and Neil Winters’ (Kristoff St. John) deaths and the depths of Devon’s grief. “How much is too much?” he’ll say to Elena.

Meanwhile, Lily will ask Amanda if she’s avoiding her. Amanda will ask why she thinks that. “Because I’m the reason you and your sister never got to meet,” Lily will reply. She’ll tell Lily she’s not the only one who ripped Hilary away from her. “I like you and I like working here,” Amanda will say. “So let’s just take it one step at a time, okay?”

At Society, Abby will surprise Ashley Abbott (Eileen Davidson) when she tells her she’s pondering motherhood. Ashley will ask her why and will say obviously she and Chance have gotten serious. At the same time, Chance will meet with Paul at Crimson Lights. “Will I be able to join the department?” Chance will ask. “Or are you rescinding your offer?”

Paul will tell him there will be an inquiry into what happened in Las Vegas. And it won’t be just a formality. “It will be grueling,” Paul will say. However, pending the outcome, he wants to see him back on the force. It’s not a done deal yet, however Paul is hoping it will be soon. But will the outcome of the Vegas inquiry be a positive one for Chance?