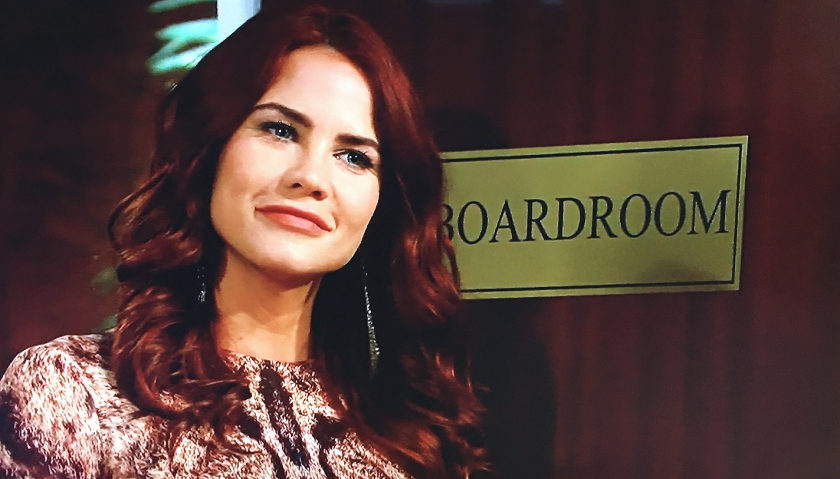 Spoilers tease Nick will once again try to maintain harmony between his main squeeze Phyllis Summers (Michelle Stafford) and his sister Victoria Newman (Amelia Heinle). These two have been at each other’s throats since Victoria told Phyllis she owns 75 per cent of the Grand Phoenix.

At Crimson Lights, Faith will get some bullying texts. Her new pal Jordan (Madison Thompson) will tell them if they want to come at Faith they have to go through her. Is she really Faith’s friend, or is she setting her up for a big fall, or worse? Summer will show up ask them how they met. The’ll tell her Jordan’s brother is in Faith’s class. Then Jordan will invite Faith to a pool party. After she leaves, Summer will warn her sister. “I’m not saying don’t have fun. I just want you to be careful.”

Meanwhile, Chelsea will open the door at the tack house, only to find Victor standing there. They’ll discuss (who else?) Adam Newman (Mark Grossman). Chelsea will agree to help Victor with Adam and in return he’ll help her regarding Johnny Abbott.

At the penthouse, an increasingly disturbed Adam will spend most of the episode speaking with his younger self. When Chelsea shows up, after talking with Victor, they’ll argue about Sharon Newman (Sharon Case). “Get it through your head Adam,” Chelsea will say. “Sharon doesn’t want you.” Then she’ll take a look at his laptop and say to herself “my God Adam, what are you planning?”

At Society, Nick will tell Phyllis and Victoria they have to figure out how to try to work together. “Nobody is going anywhere until we work this out,” he’ll tell them. They will argue but Phyllis will suggest a big party at The Grand Phoenix. That’s something both women can agree on. “Trust me,” Phyllis will tell Victoria. “It’ll be the best time your business guys have ever had.”

At Jabot, Summer and Kyle Abbott (Michael Mealor) will argue about the company and their lack of a relationship. Shortly afterwards, Sally will walk into Summer’s office and tell her she’s a little lost. “Okay, sorry. Umm, and you are?” Summer will ask her. “Sally. Sally Spectra.” Hold onto your hats Y&R fans, because trouble just blew into Genoa City!

Get to know Sally Spectra from @TheCourtneyHope herself! Sally begins her fresh start in Genoa City tomorrow on #YR. 👏 Don't miss it! pic.twitter.com/kHdcDz1EYM