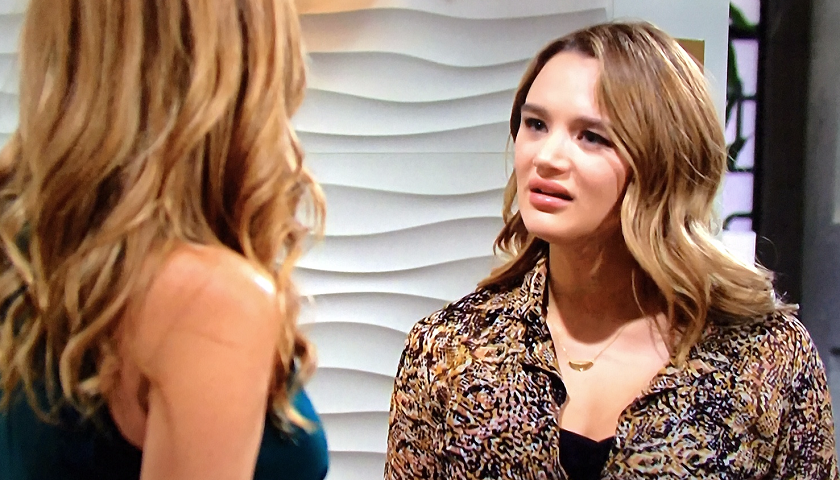 The Young And The Restless (Y&R) scoop for Tuesday, March 31 suggests that Adam Newman will get the goods on his father.

Spoilers tease Nick Newman (Joshua Morrow) and Phyllis Summers (Michelle Stafford) will wake up in her suite. They’ll talk about what an incredible night they just had as Phyllis leaves. When she gets to the Grand Phoenix lobby, Summer is waiting for her.

“I know what you’ve been up to and I want to talk to you about it,” Summer will say. Her mother will try to play dumb. “You and dad, come on, do I need to paint you a picture?” Phyllis will say they are working together again and nothing else is going on. But Summer will not believe a word that comes out of her mouth. “Can you not run this cycle again, please?” Summer will beg. But Phyllis will counter, asking her what cycle she and Kyle are on.

Summer will then head to Newman, to confront her father. He’ll get a call from Phyllis and Summer will ask if she’s warning him about her. Then she’ll beg him to not get back together with Phyllis. He’ll tell her she has no right to judge them, considering she’s back with Kyle yet again. Later, when Summer has left and Phyllis arrives, Nick will ask her if she wants more than sex from him.

Meanwhile, Kyle and Lola will meet up at Crimson Lights. “I know exactly what this is about,” Lola will say. “And I have zero interest in rehashing your old, tired complaints about Theo.” She’ll then tell him she won’t be talked out of going to New York with Theo. But that’s not why he wanted to meet with her, he’ll say. He thinks it’s time they discussed their divorce.

Theo will be at the Abbott estate, visiting with Dina. And even though she’s not responding, he will tell her all about Lola – how much he likes her and how he’s afraid he’ll scare her away. Dina will surprise him by telling him not to worry, that he’s a “good catch.”

Finally, Alyssa Montalvo (Maria DiDomenico) will give Adam the evidence he needs to take down Victor Newman (Eric Braeden).  It will turn out that Cliff’s death was an unfortunate accident, but AJ was killed by Victor.

Alyssa will tell Adam that she has a recording of the Kansas coroner admitting AJ’s body was moved after he died. He then doctored the autopsy results, because Victor paid him. Adam will convince her to give him the evidence. Then Chelsea Newman (Melissa Claire Egan) will arrive home, complaining about Victor. “We got him,” Adam will tell her, holding the envelope full of proof.