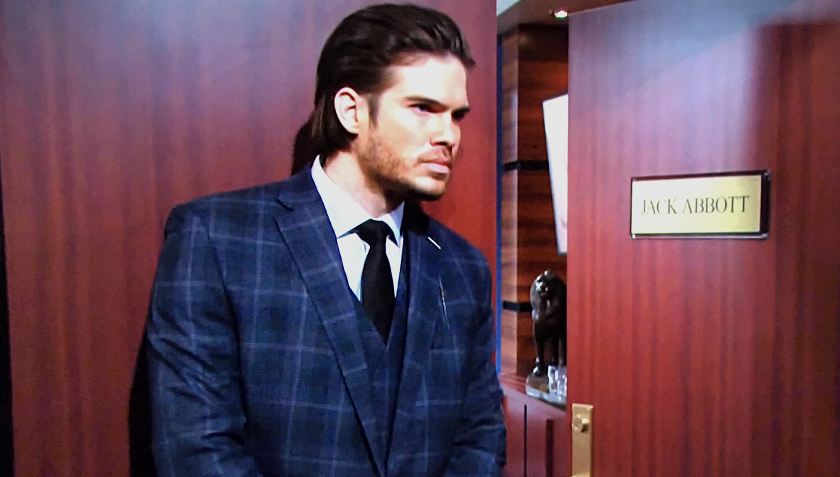 Viewers should note, this episode of the Y&R may be preempted due to the ongoing impeachment hearings in the United States. The episode may run in some places for a half hour and the full episode will be available later on Tuesday on CBS.com and CBS all access.

Spoilers tease that Mariah Copeland (Camryn Grimes) will volunteer to run Crimson Lights for her mother. But Sharon will tell her she’s going to close it down for a few weeks. She’s got to focus on fighting her cancer, it’s the only thing she can do at the moment.

Speaking of Sharon, nosy Nikki will ask Nick why he’s been spending so much time with his ex-wife. Nick will tell her it’s because of Faith and her move back to Genoa City. They’ll then discuss the Newman 50th Anniversary party, which will take place in London. Nick will volunteer to help with the planning and Nikki will say good, it’ll mean he’ll spend less time with Sharon.

Meanwhile, at the Grand Phoenix, Phyllis and Abby will butt heads, talking about Phyllis’ upcoming date with Chance Chancellor (Donny Boaz). Later, Phyllis will come downstairs wearing a short, silky robe, complaining that there’s no water in her room. Abby hears from her maintenance man that the cold water is working. Phyllis will say that she doesn’t need cold water. “You will after Chance realizes what a disaster you are during your date,” Abby will reply. But when she spies Phyllis and Chance flirting, Abby will look concerned.

Young And The Restless Spoilers – What Will Theo Vanderway Do With The Information?

In Jack’s office, Kyle Abbott (Michael Mealor) will talk to Summer Newman (Hunter King) about what happened when they were San Francisco. Summer kissed Kyle and she’ll ask him if he’s going to tell his wife Lola Abbott (Sasha Calle). “What good would it do?” Kyle will say.

Then Theo will get off the elevator at Jabot and stand outside Kyle’s office door and eavesdrop on the pair. “I owe you an apology – I put you in an awkward position with Lola,” Theo will hear Summer say to Kyle. He will then hear Kyle tell Summer that “it’s best, for all of us, to forget about what happened in San Francisco.” But what will Theo do with this information – will he use it to blackmail Kyle or will he go straight to Lola and snitch?