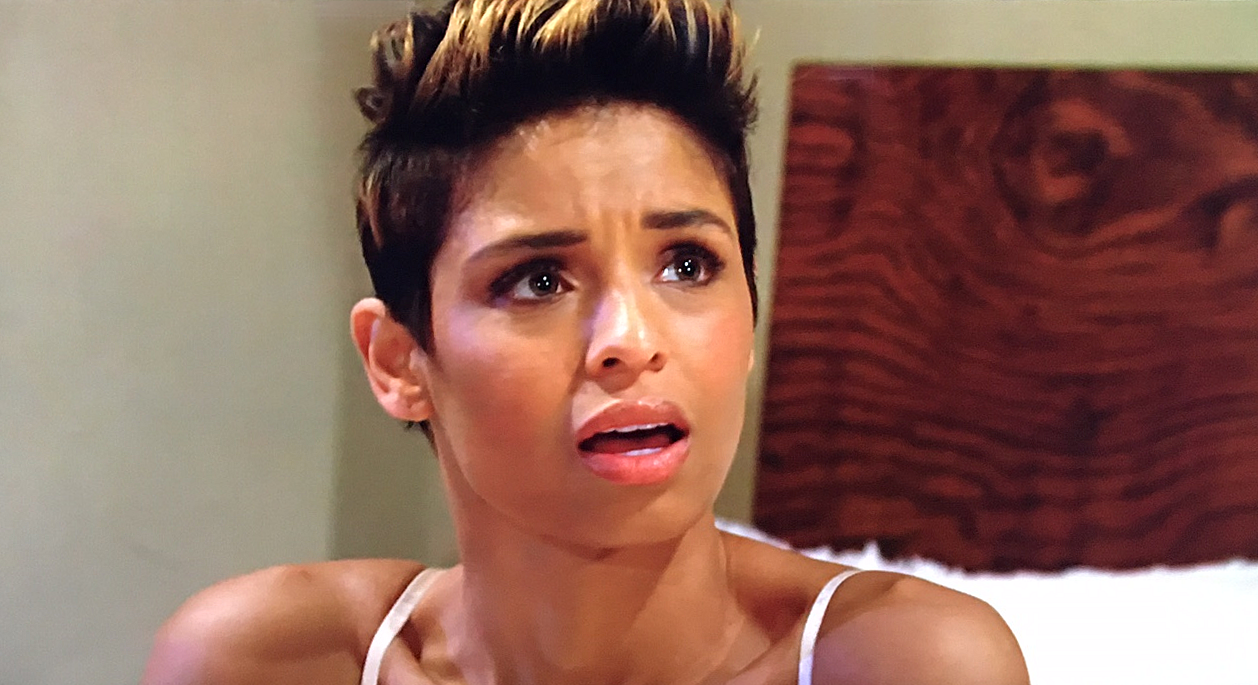 The Young And The Restless (Y&R) scoop for Tuesday, February 9 suggests Elena Dawson (Brytni Sarpi) will have an unfortunate slip of the tongue.

Spoilers tease Jack and Sally will have a drink together at Society. He’ll tell her he admires her positive outlook. “I predict great things for you,” he’ll say. As she leaves, she’ll gaze back at him and says she hopes they can do it again sometime.

At the Grand Phoenix, Nick Newman (Joshua Morrow) will ask Phyllis Summers (Michelle Stafford) what’s going on with Kyle and Summer Newman (Hunter King). “I don’t want to jump to conclusions,” Phyllis will say. “I don’t want to overreact.” But she suspects it has something to do with Sally, who is a schemer.

Speaking of Sally, Kyle will fill Summer in on what the redhead is holding over his head. He’ll tell her about having an affair with a married woman, whose husband happens to be Ashland Locke. “He is one of the most powerful men in the country who has a reputation for going after people who’ve wronged him,” Kyle will say. Summer thinks he should go public before Sally can use it against him. But he thinks it’s smarter to do nothing. She’ll thank him for being honest but he’ll leave out one small detail – the fact that Tara Locke has a three year old son who could be his.

Meanwhile, Amanda and Devon will talk about each other’s pasts while they she makes him a pizza at his place. “The past might have made us but it doesn’t own us,” Amanda will tell him. He’ll ask her if she’d like him to make her a world class omelet in the morning. She’ll start heading up the stairs and gaze down at him. “What are you waiting for?” she’ll ask and he’ll follow her upstairs to the bedroom.

Finally, in Mexico, Elena and Nate Hastings (Sean Dominic) will settle into their hotel room. She’ll tell him the place is beautiful. Nate’s glad, he wants the trip to be perfect for her. He’ll tell her he thinks about her all the time, from the time he gets up, until he goes to sleep.

“Wow. I don’t even know what to say,” Elena will tell Nate. “You’ve made my heart so full Devon.” Elena will regret it immediately and Nate will not exactly look pleased – who would be? Then he’ll ask her if she ever thinks about going back in time to fix everything that went wrong with she and Devon. She’ll tell him her heart and mind are right there in the room, with him. But are they?