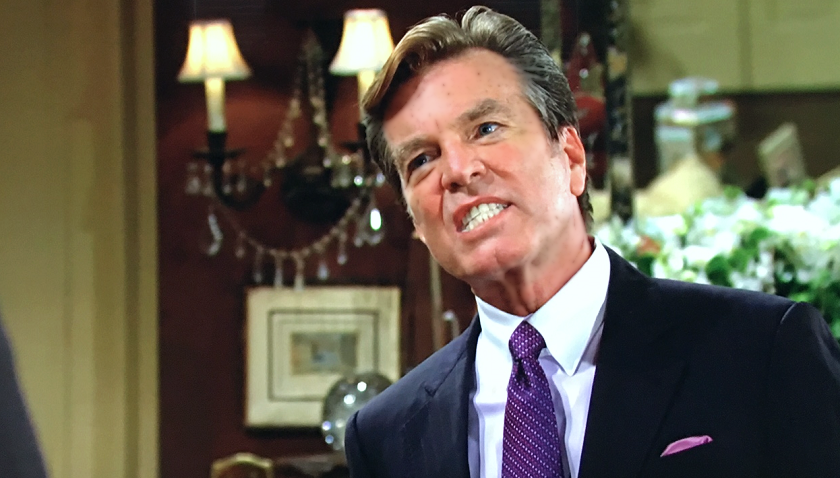 The Young And The Restless (Y&R) scoop for Tuesday, December 8 suggests Jack Abbott (Peter Bergman) will let Theo Vanderway (Tyler Johnson) have it with both barrels.

Spoilers tease Adam will speak to Chelsea’s doctor himself and ask her why she hadn’t been truthful. She’ll explain that she just wanted to get out of Genoa City as soon as possible. He’ll tell her she’s not fine at all, in fact she’s far from it.

It’ll turn out Chelsea’s CT scan revealed a small brain aneurism. The reason she blacked out was because she’d suffered a seizure. Adam will arrange for her to see a specialist the next day. Chelsea will mention she needs to go see Chloe Mitchell (Elizabeth Hendrickson) to mend some fences with her. When she tells Chloe about the aneurism, her friend will hope this means she’ll stick around town.

Meanwhile, Sally Spectra will meet with Theo at the Grand Phoenix, where they’ll engage in a little quid pro quo. Theo won’t be happy with the information she provided but Sally will tell him not to push it. “I gave you everything I heard so don’t even think of short changing me,” she will say. Theo will tell her he has a weapon she can use against Summer. “One word – Kyle. If she thinks she’s on the brink of losing him, it’ll throw her off her game.”

At Crimson Lights, Sally will show up late to her meeting with Summer and Lauren Fenmore (Tracey E. Bregman) but she’ll say she was busy taking care of many errands for Fenmore’s. Lauren will be impressed. When Lauren gets up from the table, Sally will tell Summer she sees herself as a liaison between Jabot and Fenmore’s. When she drop’s Kyle’s name, Summer will be visibly annoyed.

Finally, Jack will come up with the idea to offer Theo Dina Mergeron’s (Marla Adams) Paris boutiques, which Kyle Abbott (Michael Mealor), Ashley Abbott (Eileen Davidson) and Traci Abbott (Beth Maitland) all agree on. When Theo turns it down, Brittany Hodges (Lauren Woodland) tells them “we’ll see you in court.” Jack will ask to speak to Theo alone.

He’ll encourage him to take the offer. When Theo balks, Jack will say the offer will be off the table by four o’clock the next day. “Take us on, I dare you,” Jack will bellow. “We will eviscerate you. You will remember this as the moment you lost everything.”