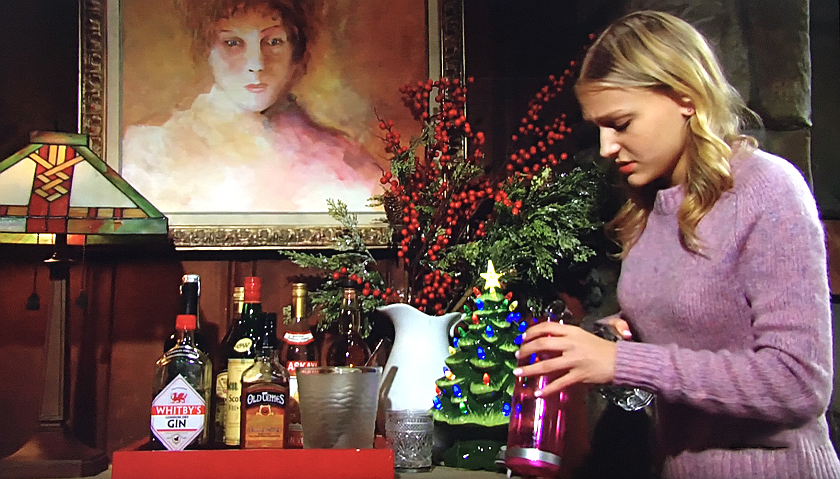 The Young And The Restless (Y&R) scoop for Tuesday, December 29 suggests Faith Newman (Alyvia Alyn Lind) will give in to peer pressure.

Also coming up, Sally Spectra (Courtney Hope) will talk to someone about her past and Nate Hastings’ (Sean Dominic) romantic initiative will not go as planned. Plus, Nick Newman (Joshua Morrow) and Sharon Newman (Sharon Case) will discuss her upcoming wedding.

Spoilers tease Sally will tell Lauren Fenmore (Tracey E Bregman) her holidays were okay. She missed her sister but likes where she’s at. “You and Jack have both been so warm and supportive,” Sally will say. Jack will listen in as Sally tells Lauren that growing up, her parents were irresponsible. She and her sister were lucky they had their grandmother.

Jack will walk in for their meeting, and by the time they’re done, he’ll ask Sally to meet with Summer Newman (Hunter King). She’ll hesitate and say that she and Summer aren’t really getting along, due to Theo Vanderway’s (Tyler Johnson) interference. “I will talk to Summer and ask her to keep an open mind when it comes to you,” Jack will say.

At The Grand Phoenix, Nate and Elena Dawson (Brytni Sarpi) will be enjoying a drink. She’ll suggest they go for dinner but Nate has other ideas. He will suggest they order room service. Elena smiles and agrees. But in the hotel room, she’s uncomfortable. “When I agreed to come up here I thought I was ready,” she’ll say. Elena will explain that the way they started may have tainted their relationship. It may never be what Nate wants it to be.

Meanwhile, Sharon will ask Nick if he’s okay with being Rey Rosales’ (Jordi Vilasuso) best man. He’ll laugh and say it’s a bit awkward but he’s fine with it. Then he’ll tell Sharon she’s worthy of all the happiness coming her way. Nick will also promise to take care of Faith while she’s on her honeymoon.

Speaking of Faith, she and Mariah Copeland (Camryn Grimes) will be sitting at Crimson Lights when Jordan (Madison Thompson) comes in and walks right by them. Faith will approach her and Jordan will give her the brush off. She’ll ask her if she got her invitation to the wedding. Jordan will say it’s New Year’s Eve and she has other plans. When she leaves, Faith will be upset and Mariah will ask why she cares what Jordan thinks.

Later at home, Faith will call out for Sharon and Rey and get no response. She’ll head over to the bar area, pull a water bottle out of her purse and fill it halfway with some vodka from the bar. “Hope I see you tomorrow,” Faith will text Jordan. “I’ve got a surprise for you.”