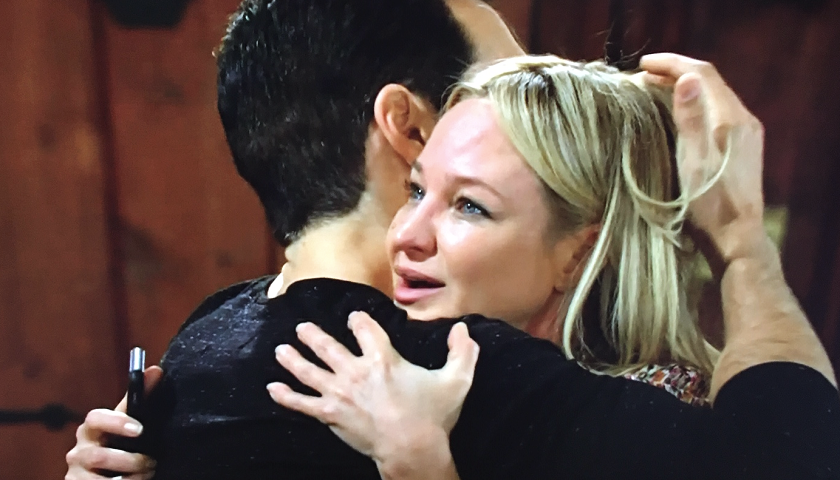 The Young And The Restless (Y&R) daily scoop for Tuesday, August 11 suggests Sharon Newman (Sharon Case) will struggle with her new normal.

Viewers should note, if you think the actors aren’t social distancing properly on Tuesday, you’d be right. Rest assured, this episode was filmed before the pandemic shut down production on Y&R in March.

Spoilers tease Billy and Lily are going to have yet another disagreement, this time about a possible new hire at Chancellor Communications. Of course, one of them wants to hire the person and the other doesn’t. But which one of them will get his or her way?

As usual, Phyllis will have a bone to pick with Abby over her new hotel. Phyllis is trying her best to turn Abby’s construction project into a living hell for the Newman heiress. Abby won’t take her interference sitting down and their conversation will once again turn into a nasty confrontation.

There are also rumors that Phyllis’ rift with Abby could cause problems in her budding romance with ex-husband Nick Newman (Joshua Morrow). After all, Abby is his sister. Between that and their daughter Summer Newman’s (Hunter King) feelings about them reconnecting, Phick could be doomed.

Finally, Sharon hasn’t exactly been feeling herself these days. Her breast cancer diagnosis threw her for a loop. Then when the chemo didn’t help her as much as her doctors would have liked, she elected to have surgery. It’s also rumored that she will face a major setback.

On Tuesday, after the procedure, Sharon will have trouble dealing with her new normal. More than likely she’ll be surrounded by her daughters and of course her main squeeze Rey Rosales (Jordi Vilasuso). Still, Sharon will sadly wonder if her life will ever get back to what it once was.