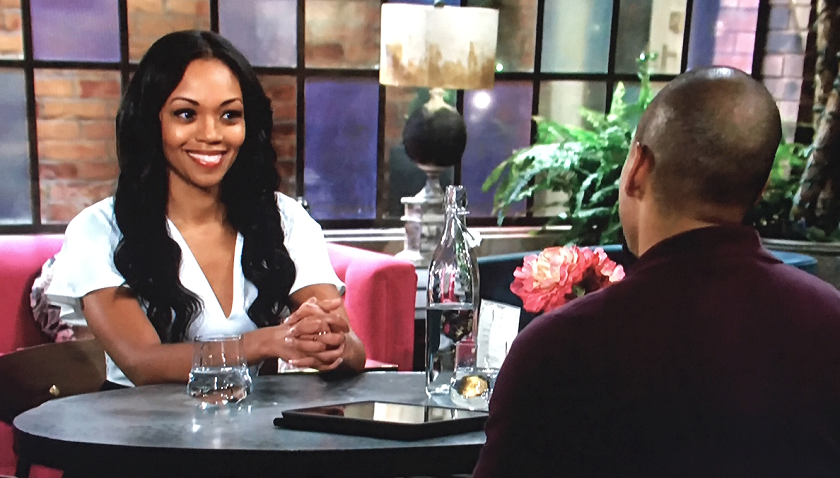 Just as she’s been doing for days now, Chelsea will continue to fret about Adam. She’ll call him from the ranch and tell him she’s coming home. “You can come home, it’s fine, but when you get here I’ll be gone,” he’ll tell her.

When she asks him not to leave before she gets home, he will hang up on her. Then she’ll say something rude to Victor Newman (Eric Braeden) before she races off to the penthouse. Once she’s home, Adam is nowhere to be found. Chelsea will head back to the ranch and take out her frustration and anger on Victor.

Meanwhile, Adam is knocking on Sharon Newman’s (Sharon Case) door and he’ll be stunned when Noah Newman (Robert Adamson) answers. He’ll say he wasn’t expecting to see him. And Noah will make it very clear that he’s extremely displeased to see Adam. Sharon will arrive shortly afterwards and Adam will inform her he’s leaving Genoa City. When Sharon goes for a nap, Noah will take the opportunity to blast him.

“My mom’s in crisis, this isn’t trivial. It’s cancer. Life and death,” he will holler at his uncle. “She needs all of her strength to focus on the fight. Why would you want to distract from that – don’t you have enough on your conscience?” He will walk him to the door and tell him to stay away from his mother.

Finally, after finding out she has the same blood type as Hilary Curtis (Mishael Morgan), Amanda had a choice to make. Either leave it at that, or ask Devon Hamilton (Bryton James) for something of Hilary’s that contains her DNA.

On Thursday, she’ll approach Devon and tell him what she discovered when she was donating blood. She’ll find out she and Hilary’s birth dates coincide and then she will ask him if he’d be willing to give her something of Hilary’s so Nate Hastings (Sean Dominic) can conduct a DNA test. Will he agree to her request?