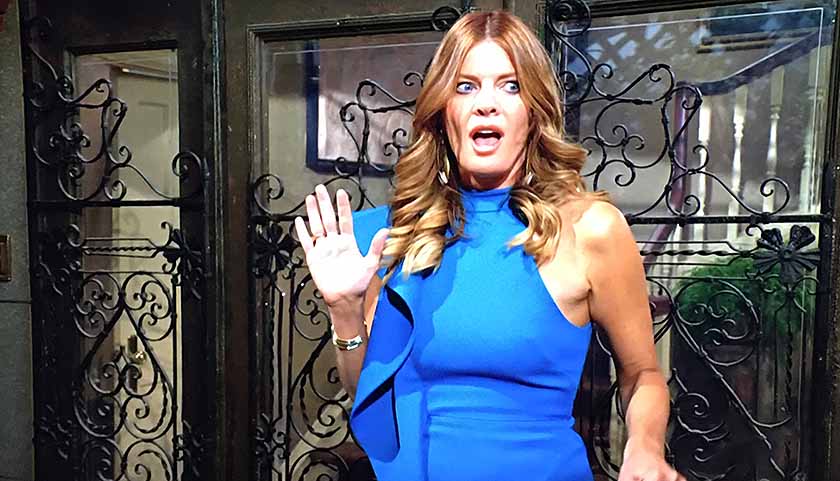 The Young And The Restless (Y&R) scoop for Thursday, July 15 suggests Phyllis Summers (Michelle Stafford) will be stunned after an eye-opening conversation with Tara Locke (Elizabeth Leiner).

Y&R spoilers tease Faith will ask Moses Winters (Jacob Aaron Gaines) to meet up at Crimson Lights. They’ll have an awkward conversation on the patio and he’ll ask why she invited him there. Faith will tell him their conversation at the ranch made everything seem like it was happening so fast. She’d like to take things slow and Moses will agree.

Inside the coffee shop, Sharon will be surprised to see Stitch Rayburn (Sean Carrigan). “Ben!” she’ll exclaim. The two will sit down and catch up. He’ll tell her Memorial Hospital is considering him for his old boss’ position. So he may end up staying in Genoa City. 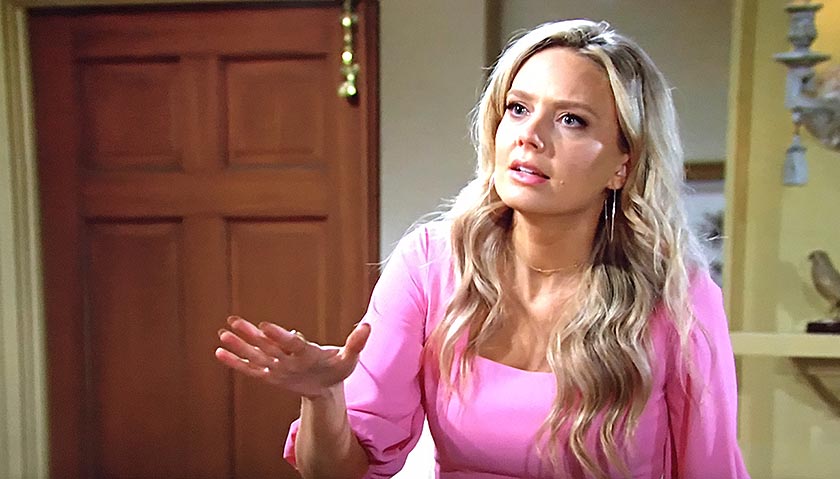 At the Chancellor estate, Tessa and Abby will each blame the other for driving Mariah away. She texted Sharon and Jack Abbott (Peter Bergman) but hasn’t been in touch with either of them. Devon Hamilton (Bryton James) will diffuse the situation by telling the two women Mariah probably just wanted a break. But they’ll look at each other like they’re not so sure.

Meanwhile, Billy will ask Phyllis for her help. He’ll tell her about the Abbott family get together and how Tara has worked her way into the Abbott circle “in record time.” Then he’ll fill Phyllis in about Tara’s meeting in the park with Sally Spectra (Courtney Hope). He didn’t hear what they said but he doesn’t trust either of them. Phyllis still thinks they’re both behind Summer Newman’s (Hunter King) sudden departure.

Then Phyllis will show up at the Abbott estate, on the pretext that she’s got a gift for Jack. Tara will ask her if she’d like to chat. She’ll tell Phyllis she hopes she didn’t cause any problems in Summer’s relationship with Kyle Abbott (Michael Mealor). Phyllis will lie and say she doesn’t blame Tara at all. Tara will say Kyle has been so devoted to their son. “It’s the way it should be. We’re a family now.”

“Even though I really miss my daughter, I think things worked out the way they were supposed to,” Phyllis will say and put on a big smile. “For her and for Kyle.” Tara will say she’s happy Phyllis sees it that way. “Yeah, I see things clearly now,” Phyllis will reply. Once she’s outside, she’ll shake her head, shocked. She’s finally sure it was Tara who drove Summer away, but what’s she going to do about it?