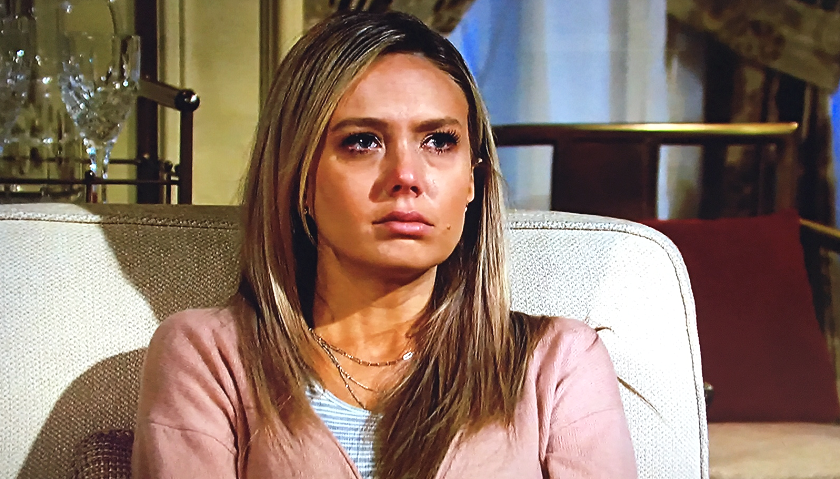 The Young And The Restless (Y&R) scoop for Thursday, January 21 suggests an episode focusing on Abby Chancellor’s (Melissa Ordway) plight.

Also coming up, Jack Abbott (Peter Bergman) and Traci Abbott (Beth Maitland) will have a heart to heart discussion.

Spoilers tease Abby will tell Chance Chancellor (Donny Boaz) that she needs to be alone. “I promise this has nothing to do with you,” she’ll say. He’ll insist on going with her but she’ll firmly decline. Then Victor Newman (Eric Braeden) will show up looking for his daughter. Chance will berate him for calling all those specialists. He’ll say he had every right to do so, as Abby’s father. “Speaking as her husband, it didn’t help,” Chance will reply.

Then he’ll apologize to Victor and will tell him he’s just frustrated. His wife is heartbroken and he feels like there’s nothing he can do. Victor will encourage him to continue supporting her. He’ll also ask Chance if he feels like Abby would be willing to embrace a new family vision, once she’s over her depression.

Meanwhile, Jack will come home to an upset Traci. She’ll say she can’t tell him anything but he’ll insist and she’ll end up telling him about Abby. “Poor Abby,” he’ll say. Traci will comment that her heart is broken for Abby and Chance and she’ll be reminded of her own loss. “You’re so resilient and full of grace,” Jack will tell her. Traci will say she doesn’t want to be resilient, she just wants her Colleen back.

At Crimson Lights, Abby will sit down with Mariah Copeland (Camryn Grimes) and talk about how great Chance has been. But he must see how broken she is. “People get pregnant by accident all the time but I can’t do it on purpose,” she will moan. Mariah will say it’s not her fault. “It just is and it sucks. Nobody pities you and nobody thinks you’re broken.”

However, Abby feels differently and she’ll check into the Grand Phoenix. Phyllis Summers (Michelle Stafford) will assume she and chance had a fight. Abby will tell her it’s none of her business and she just has a personal issue to deal with. “No wonder he kicked you out,” Phyllis will snipe.

The next morning, Abby will wake up with a whole new attitude. She’ll arrive home and tell Chance that although she’s just had the biggest disappointment of her life, she wants to move on. They can still be parents. She wants to look at all the options out there. “Whatever we decide, I’m there,” Chance will say with a smile.