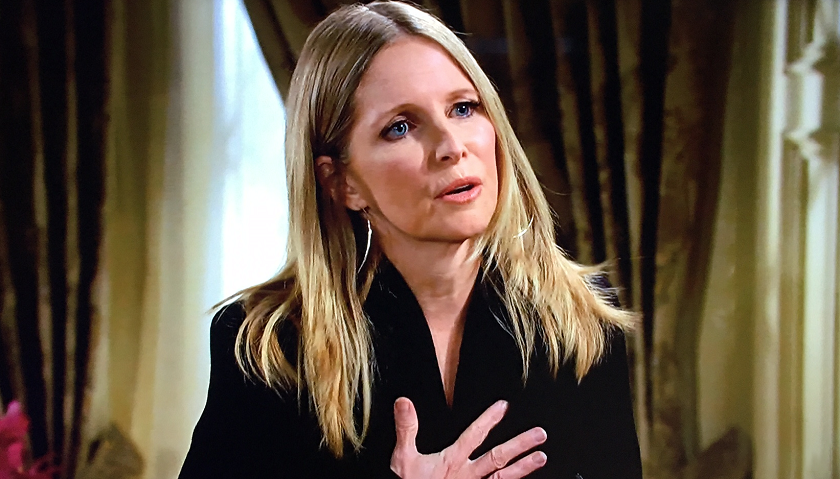 In addition, Elena Dawson (Brytni Sarpi) will tell Nate Hastings (Sean Dominic) she wants to go away with him. Plus, Victoria Newman (Amelia Heinle) will make an admission to Billy Abbott (Jason Thompson).

Spoilers tease Victoria will show up at Chance Comm and tell Billy she’d like to talk. She’ll invite him to go out for breakfast and they’ll head to Society. Victoria will apologize about the way she’s been acting but it bothered her that the kids liked Lily Winters (Christel Khalil) so much.

Young And The Restless Scoop – Victoria Newman Admits She Was Jealous

On the Crimson Lights patio, Nate will tell Elena that if he and Devon Hamilton (Bryton James) ever become close again, he’ll have her to thank. She’ll ask why and he’ll say because she encouraged him to mentor Moses.

She’ll see Devon over by the counter and will get distracted. Nate will ask her what’s wrong. She’ll change the subject and say she wants to go on that romantic getaway he promised. As Nate leaves, he’ll ask Devon about Moses. Then he’ll walk back in to get something and see Devon sitting with Elena. Will he begin to suspect something went on between them?

Finally, Nina Webster (Tricia Cast) will show up at an anxious Abby Chancellor’s (Melissa Ordway) door. She’ll tell Abby Christine asked her to meet her there. Christine will arrive and tell them Chance has taken a case and had to go away. “He won’t be back for awhile.” She’ll hand them each a letter from Chance and tell them “he’s a hero. Hang onto that.”

In the letter, Chance will ask Abby to keep building their family and he’ll be home as soon as he can. Nina will encourage her to find a donor but Abby will say it’s all happening too fast. Mariah Copeland (Camryn Grimes) will show up and Abby will tell her she wants to go ahead with the surrogacy, if she’s still willing. Will Mariah say yes?

RT if you love Lily and Billy as a couple. ❤️ #YR pic.twitter.com/sJR2x7vOY7