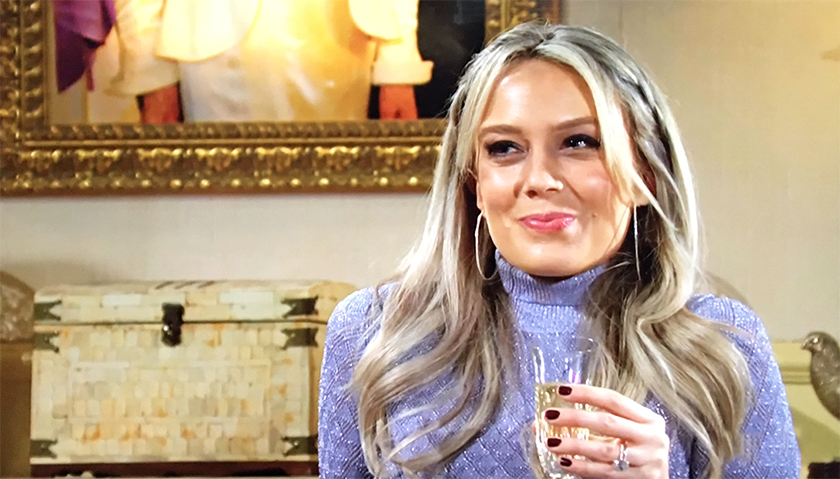 The Young And The Restless (Y&R) scoop for Thursday, February 25 suggests Abby Chancellor (Melissa Ordway) will make a life-changing decision.

Also coming up, Amanda Sinclair (Mishael Morgan) will meet with Naya (Ptosha Storey). Plus, Faith Newman (Alyvia Alyn Lind) will move out of Sharon Rosales (Sharon Case) and Nick Newman (Joshua Morrow) will take matters into his own hands.

Spoilers tease Sharon will get a text from Rey Rosales (Jordi Vilasuso), saying he’s spending the night at the station. Nick will arrive to pick up Faith. He’ll tell Sharon this could be a great opportunity for her to work things out with her husband. She’ll say they were on the right track until he saw the photo. “Sharon, you have to know this is about a helluva lot more than one reckless kiss,” Nick will reply.

Sharon and Faith will share an emotional moment as she prepares to leave. Then Faith will look for her phone. Nick has it and will tell her she can have it back when she gives him the names of the kids who’ve been harassing her.

Faith will refuse and then turn it around on Sharon. “If you really cared about me, you wouldn’t have erased Jordan from my life,” Faith will say. Nick will get Faith a new phone and hang on to hers in case the bullies text her again.

At the Grand Phoenix, Naya will arrive to meet with Amanda. They’ll talk about their backgrounds and Amanda will say she followed in her grandfather’s footsteps and went to Yale Law School. “Amanda,” Naya will say. “I don’t think I’ve ever been prouder of anyone in my life.”

Meanwhile, Abby will fret over whether to use Devon Hamilton (Bryton James) as her donor. She’ll ask Nina Webster (Tricia Cast) what she and Chance Chancellor (Donny Boaz) would know about raising a bi-racial child. “I don’t know if I can go through with this unless he (Devon) agrees to be a part of our baby’s life.”

When Devon drops by the Chancellor estate, she’ll ask him his feelings on white parents raising a black child. He’ll say as long as the child has someone in their life who looks like them and can relate, he or she will be okay. Abby will tell him her answer is yes. Mariah Copeland (Camryn Grimes) will arrive and they’ll all celebrate with champagne.

Rey demands the truth from Sharon today on #YR. pic.twitter.com/q4lT94M6yj