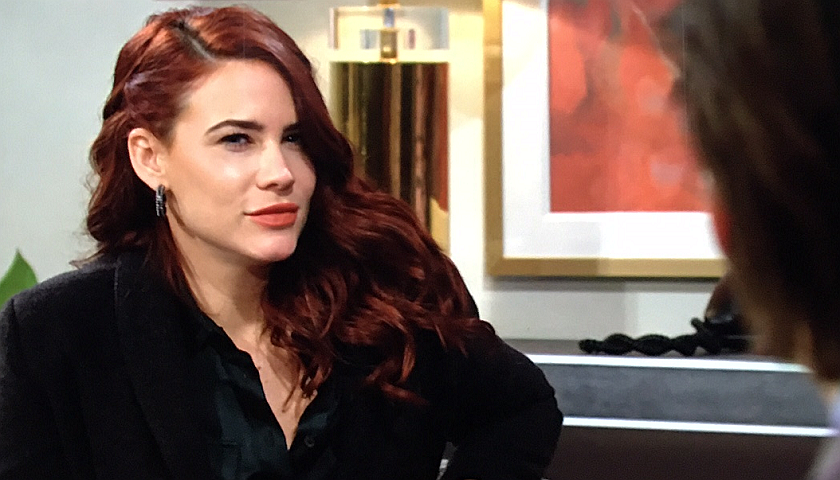 Spoilers tease Michael will offer Billy Abbott (Jason Thompson) a plea deal. If he agrees to plead guilty to attempted second degree murder, there’ll be no need to go to trial. Billy will tell Michael to look him in the eye if he really thinks he’s guilty.

Amanda will reiterate that Billy is innocent and Michael will remind her that they have “a mountain of evidence against you.” Later, Amanda will tell Billy he should consider taking the plea deal. It could mean the difference between serving two years and 10 to 15 years. He’ll tell her she’s fired.

At Society, Victor will tell Lily she’s better off without Billy at Chancellor Communications. Lily will disagree. Then she’ll ask Victor if he’s the one who framed Billy. He’ll deny it of course but will make a comment just before he leaves. “One way or the other, Billy Boy Abbott is going to get it.”

Chance and Abby will arrive at the Chancellor mansion, only to find Chloe Mitchell (Elizabeth Hendrickson) trying to calm her crying baby son. She’ll then rope them into babysitting him. As they’re changing Miles’ diaper and trying to rock him to sleep, they’ll realize their honeymoon is over.

Meanwhile, Theo will moan to Sally about the Abbott’s meagre offer. She’ll tell him he should take the deal and move to Paris. Then later at Jabot, she’ll fill Jack Abbott (Peter Bergman) in on Theo’s complaints. They’ll also discuss her current job with Lauren and how she hopes she’ll move on from executive work soon.

At Crimson Lights, Jack will tell Lauren her new assistant isn’t going to be content for long. She’ll laugh and ask how contented either of them would have been in an assistant’s job. “Ambition doesn’t bother me,” Lauren will say. Then Michael will show up and see Jack there. He’ll tell Jack he’s sorry about Billy. “I have an answer for you,” Jack will say to Michael. “Drop the charges.”