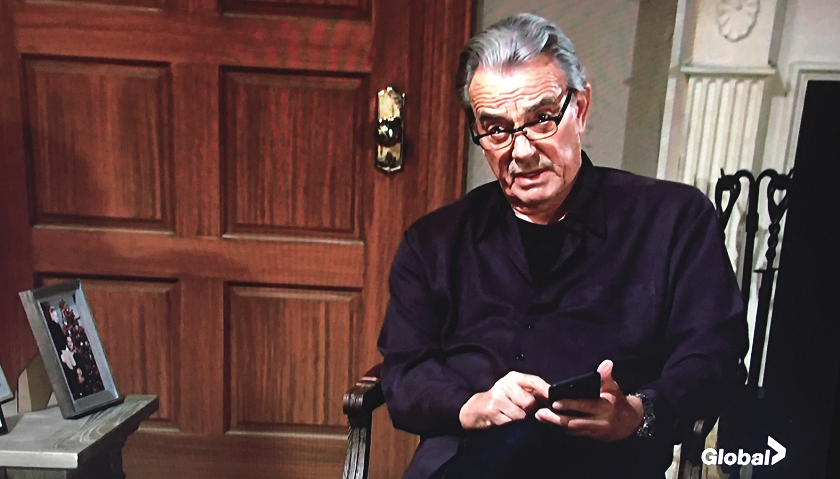 The Young And The Restless (Y&R) scoop for Thursday, August 20 suggests Victor Newman (Eric Braeden) will tell someone they must choose a side.

Let’s start with Jack and Traci, who will be surprised the box of old movies has arrived from Paris so fast. When Traci sets everything up, she, Jack and Abby Newman (Melissa Ordway) will begin watching. They will see a young Dina Mergeron (Cathy Marks) holding Jack as a baby, with John Abbott (Jonathan Stoddard) chronicling the scene. Jack will have an emotional reaction while viewing it.

At Sharon’s place, Adam will arrive for his first therapy session. He’ll discuss his childhood with her, including his daily routines and going to school. Then she’ll ask him if that routine changed at all after AJ Montalvo died.

Adam will say he felt sorry for his friend Alyssa Montalvo (Maria DiDomenico) but can’t really remember much else. Then he’ll notice Sharon looks worn out and he’ll make his way home.

Once he arrives at the penthouse, he’ll tell Chelsea Newman (Melissa Claire Egan) that the session accomplished nothing. She’ll suggest that maybe he doesn’t need the therapy after all but Adam will balk and say he’s not going to stop.

Meanwhile, Nikki will meet Victoria Newman (Amelia Heinle) in her office. Her daughter will surprise her by offering her the job of COO at Newman Enterprises. Nikki will initially turn it down and bring up Victor. But Victoria will assure her that the job offer has nothing to do with her father.

When Nikki returns to the ranch, Victor will be seething about what Victoria is doing to Newman. Nikki will tell him about the job offer and he’ll be happy about it, as he assumes she’ll inform him about what’s going on there. Although Nikki says she won’t spy on their daughter for him, he will tell her eventually she will have to choose a side.