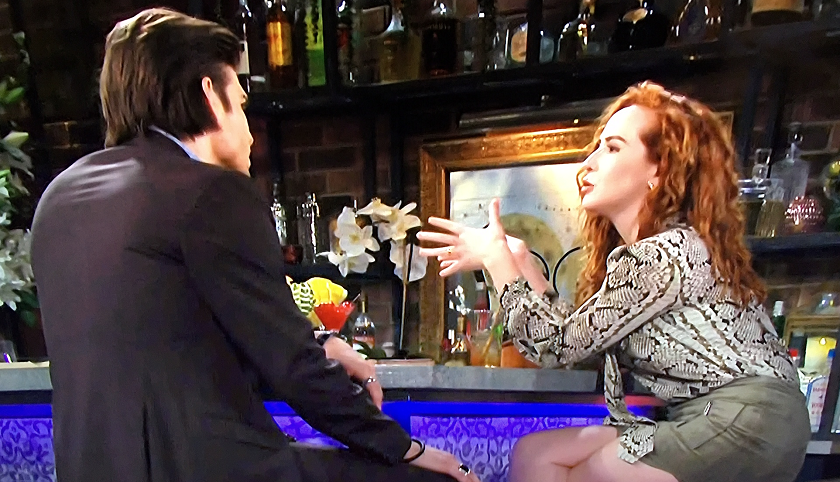 The Young And The Restless (Y&R) scoop for Thursday, April 23 suggests Victoria Newman (Amelia Heinle) will be reinstated as Newman Enterprises CEO.

At the ranch, Victor and Nikki Newman (Melody Thomas Scott) discuss Adam Newman (Mark Grossman) finding out the truth. Victor told him his son he was the one who killed AJ Montalvo. He wishes he could have avoided the entire conversation and tells Nikki he holds her partially responsible.

Nikki will be incredulous at his accusation but he won’t let up. “You ran right to Victoria and told her everything,” Victor will say. “She hates Adam…by telling her this information, you gave her a weapon.”

Adam will head home and tell Chelsea Newman (Melissa Claire Egan) what happened. He got fired from Newman Enterprises and Victor concocted a bogus story that he was the one who killed AJ. But Chelsea won’t be so sure. He’ll ask her if she thinks it’s true and she’ll try to cover how she really feels about it.

At Society, Mariah will be ordering food, when Theo comes up behind her and asks if she’s having a party to celebrate Kyle Abbott (Michael Mealor) firing him at Jabot. Mariah will tell him she’s not concerned about him. But she’ll also apologize for being rude.

Young And The Restless Scoop – Theo Vanderway Eavesdrops On A Conversation

He’ll remember that Lola Rosales (Sasha Calle) is worried about her brother and he’ll ask Mariah if Sharon Newman (Sharon Case) is okay. Theo will talk about how sick his own mother was before she died, but he’ll tell her to be optimistic. Mariah will tell Theo she does understand people like him because she used to be just like him. Then she’ll wish him luck finding another job.

At another table, Amanda and Billy will discuss Chancellor Media. Lily Winters (Christel Khalil) will arrive and notice the great rapport between the two. Theo will eavesdrop on the conversation and will be particularly interested when Billy mentions they need to reach a younger demographic.

Finally, Victor will tell Victoria she’s Newman’s CEO again, but he doesn’t respect how she went about getting the position back. Victoria’s fine with it. When she arrives at Newman, she’ll sit in the CEO chair with a satisfied look on her face.  It looks like a great episode is coming up. Keep reading The Soap Scoop for more Young And The Restless spoilers and news. And make sure you join our free Facebook Group.