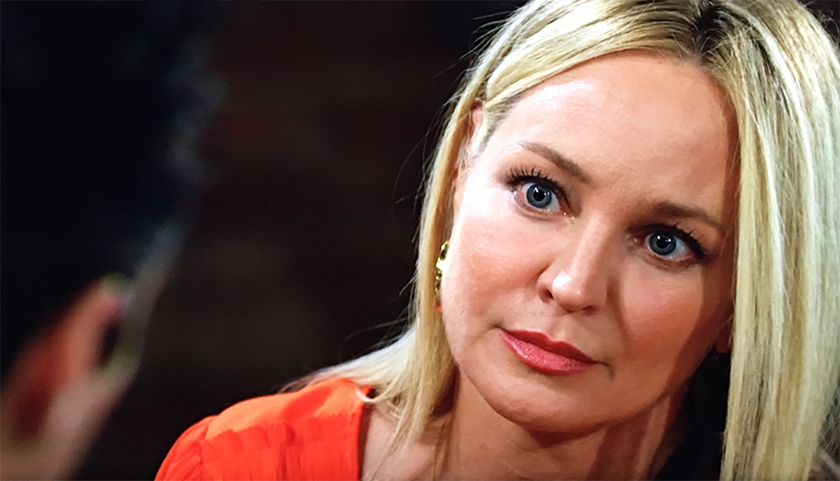 The Young And The Restless (Y&R) scoop for Monday, May 17 suggests Sharon Rosales (Sharon Case) and Rey Rosales (Jordi Vilasuso) will reunite.

Spoilers tease Chloe will show up at Adam’s penthouse, ranting and raving. “The way that you have treated Chelsea is sickening,” she’ll tell him. He’ll admit he’s made too many bad choices. But even if he’s regretting his actions, “it’s too little too late,” Chloe will say. Adam will say it’s hard to believe Chelsea pulled off Rey’s poisoning on her own. He wants to be a better person so she better not stand in his way.

Speaking of Chelsea, Michael will pay her a visit at the institution. He wants a statement from her but she’ll say her head hurts and she just wants to sleep. Michael will tell her he’ll come back to take her statement. An angry Chelsea will think to herself: “Sharon has destroyed my life.”

At Skyle’s engagement party, Mariah Copeland (Camryn Grimes) and Abby Newman (Melissa Ordway) will wonder what Tara’s doing there. Kyle will tell Tara he’ll meet her at the Grand Phoenix. Then he’ll pretend nothing’s wrong but he and Summer will leave. At the hotel, Tara will insist on speaking to Kyle alone.

She’ll tell Kyle she foolishly confessed their affair to Ashland Locke (Richard Burgi). When they got back to New York he seemed like a changed man. But then he changed back to his old ways immediately. He wanted her gone by morning and now she’s terrified he’ll take Harrison away from her. Tara will ask Kyle for his help.

Young And The Restless Scoop – They Say Once A Cheater, Always A Cheater

In the lobby, Sally Spectra (Courtney Hope) will sarcastically tell Summer she’s sorry Tara ruined her engagement party. She’ll accuse Sally of sending Tara there, which she’ll deny. Then Sally will tell Summer she should watch out for Kyle. “You know what they say, once a cheater, always a cheater.” Summer will lash out and slap Sally’s face.

Finally, Rey will apologize to Sharon. “I should have listened to you, I accused you of being obsessed with Adam but it was me,” he’ll say. “I was the one obsessed.” Rey will say he’s sorry for the part in the problems they’ve been having. She’ll ask for his forgiveness also.  Sharon will tell him she loves him and needs him. “Let’s go home,” she’ll say and she’ll take his hand.