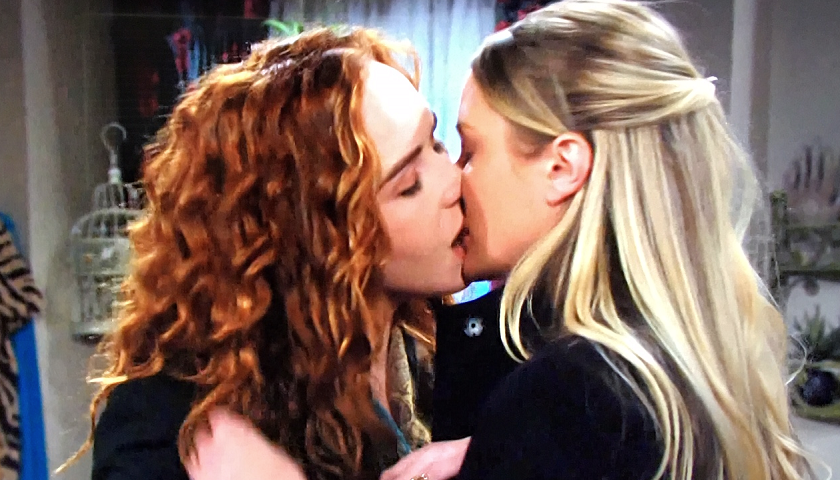 Also coming up, Amanda Sinclair (Mishael Morgan) will get some news and Sharon Newman (Sharon Case) will confide in Jack Abbott (Peter Bergman), who is worried about Dinah Mergeron (Marla Adams).

At the hospital, Police Chief Paul Williams (Doug Davidson) will have an update on Ripley Turner (Christian Keyes) for Victor Newman (Eric Braeden). They’ll head into Victoria Newman’s (Amelia Heinle) room and Nikki Newman (Melody Thomas Scott) is with her. Victoria will be shocked when she hears Ripley stabbed her, thinking she was Amanda.

She’s getting released from the hospital and tells her parents she wants to go home with them to the ranch. Victoria will say that she doesn’t want Billy Abbott (Jason Thompson) on the property. If he wants to see the kids he’ll have to see them elsewhere. “I’m done with him,” she will say.

Other spoilers tease that Summer Newman (Hunter King) will get a text from her father. Nick Newman (Joshua Morrow) will inform her that Reed Hellstrom (Tristan Lake Leabu) is on his way to Genoa City to see his mother. Then she’ll run into Theo Vanderway (Tyler Johnson) and they’ll talk about Kyle Abbott (Michael Mealor) and Lola Rosales (Sasha Calle). She’ll needle him about not having any plans with Lola but he’ll just shrug his shoulders and smile.

At Crimson Lights, Jack will tell Billy that Dina has gotten worse. Immediately thinking Jack is trying to tell him he better be there for him, Billy will lash out. But Jack will say that’s not what he meant at all. He’ll ask Billy if maybe he should think about going to an AA meeting and man-child Billy will be angry and leave. Then Sharon joins Jack and, after getting a cramp in her hand, will confide in him that she has breast cancer.

Young And The Restless Spoilers – Amanda Sinclair Has A Disturbing Nightmare

Meanwhile, at the hotel, Amanda will have a nightmare about Ripley and awaken to a knock on the door. It’s Rey Rosales (Jordi Vilasuso) who will tell her Ripley has been arrested. He was caught while he was on his way back to town and he had weapons. Billy will visit her later and she’ll fill him in. She will be furious because she knows Ripley was heading back to Genoa City to kill her.

At Society, Mariah talks to Lindsay (Kirby Bliss Blanton) and Lola. She wishes she hadn’t accused Tessa of sleeping with Tanner Watts (Chase Coleman). She’ll tell them now Tessa isn’t returning her texts. Lindsay offers to go home with Mariah so she won’t be alone. Once they’re there, Mariah will start crying and Lindsay will hold her. The hug will turn into a passionate kiss and the two of them will end up having sex.

Shortly afterward, Tessa will walk through the door and see them holding hands on the couch. “What’s going on here?” a shocked Tessa will ask. It looks like another great episode is coming up. Keep reading The Soap Scoop for more Young And The Restless spoilers and news. And make sure you join our free Facebook Group.