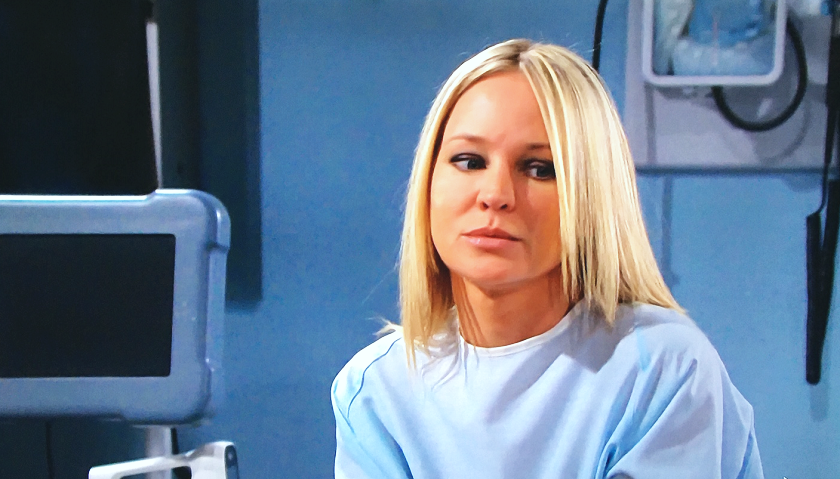 Young And The Restless spoilers for Monday, January 13 reveal that Sharon Newman (Sharon Case) will have a stressful day. She’ll snap at her daughter Faith Newman (Alyvia Alyn Lind) before she goes for a biopsy. And Victoria Newman (Amelia Heinle) will discover a stunning secret about Billy Abbott (Jason Thompson).

Over with Sharon, when Faith asks her if she’s paying attention, she’ll snap at her daughter but will quickly apologize. Sharon has been worried ever since she found a lump in her breast and on Monday’s episode she’ll get ready for a biopsy. Faith will then head out to visit her father Nick Newman (Joshua Morrow) and Sharon will head to the doctor’s office.

After the biopsy, Sharon comes home to find Nick and Faith there. They want to hang out with her but Sharon tells them she needs to take a nap. Faith had already confided in her dad that she was worried there was something wrong with Sharon. The pair will then look concerned as Sharon heads upstairs.

Young And The Restless Spoilers – Devon Hamilton Apologizes For Being Obsessive

Meanwhile, Victoria will be stunned when Billy tells her he’s no longer going to therapy. “It was time to move on,” he will say. She will ask why he hadn’t told her.

“I’m a little bit concerned about this,” she will tell him. “It’s a decision you should have made with Dr. Clay.” But selfish Billy will say that he should be the one to judge what’s best for him, not a therapist. He’ll try to reassure Victoria and the two will canoodle on the couch, but she will still have major doubts about his decision.

At Devon Hamilton’s (Bryton James) penthouse, he will have a chat with Elena Dawson (Brytni Sarpit). He will admit that part of his obsession with Amanda Sinclair (Mishael Morgan) was because she looks exactly like Hilary Hamilton. Later at Society, Devon will run into Amanda and she’ll inform him she’s staying in Genoa City. He’ll apologize to her for being obsessed and she’ll tell him she knows seeing her hasn’t been easy on him.

Other Y&R spoilers tease that Chelsea Newman (Melissa Claire Egan) and Adam Newman (Mark Grossman) will start a new chapter of their lives. Their son Connor Newman (Judah Mackey) has set up breakfast for them but Chelsea tells him she has to go to work.

Connor will whine that she doesn’t want her to go to the Grand Phoenix after what they went through there with Simon Black (Jeffrey Vincent Parise). Adam will then suggest maybe she should quit her job. Chelsea will suggest they ask the therapist about it.

It looks like another great episode is coming up. Keep reading The Soap Scoop for more Young And The Restless spoilers and news.