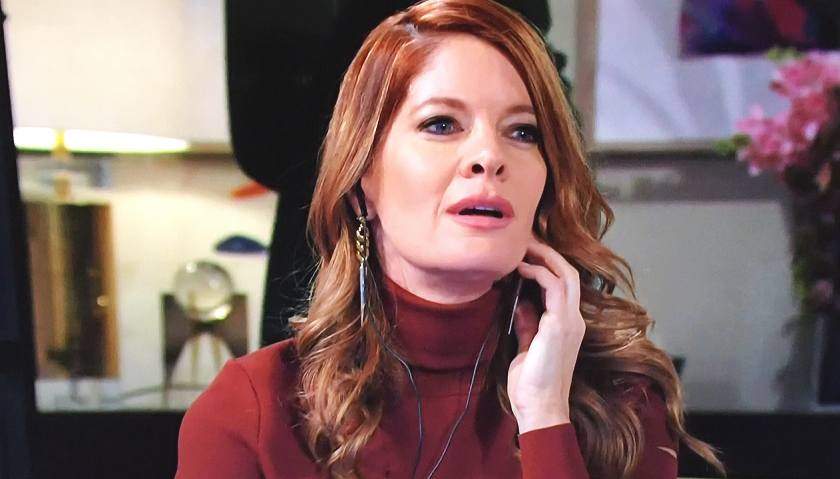 Also coming up on Monday, Devon Hamilton (Bryton James) will follow a lead on his stolen inheritance. And Nikki Newman (Melody Thomas Scott) will start preparations for the Newman Enterprises 50th Anniversary party.

With her newfound knowledge of Adam and Chance Chancellor’s (Donny Boaz) secret, Phyllis will bait Adam. Thanks to a listening device she had planted under a chair, what happened in Vegas didn’t stay in Vegas.

They say revenge is a dish best tasted cold and viewers know it’s one of Phyllis’ favorite meals. She has wanted revenge on Adam for weeks now. And she just discovered he paid off a mysterious woman for her silence. Adam saved Chance’s life but ended up killing the woman’s husband in the process.

Riza Thomas (Tina Casciani) told Adam and Chance the woman didn’t care what happened to her husband. All she was interested in was the cash she believes he hid from her before he disappeared. So Adam made a payment to her and hoped for the best. All the while, Phyllis was listening in on their conversation.

But how will Phyllis bait Adam? Is she going to reveal that she knows the details of he and Chance’s secret, or will she be more subtle? And will she ask for a payment for her silence?

Meanwhile, Nikki will make final preparations for the big Newman bash she’s hosting. The celebration will begin on Tuesday and viewers can expect to see lots of Victor Newman (Eric Braeden) flashbacks and special guests.

Finally, Devon will get a new lead on his stolen money. He’s been rightfully upset ever since he found out the revised Chancellor will was just a scam perpetrated by Colin Atkinson (Tristan Rogers). But what will the new lead be – will Devon finally find out where Colin has been hiding?