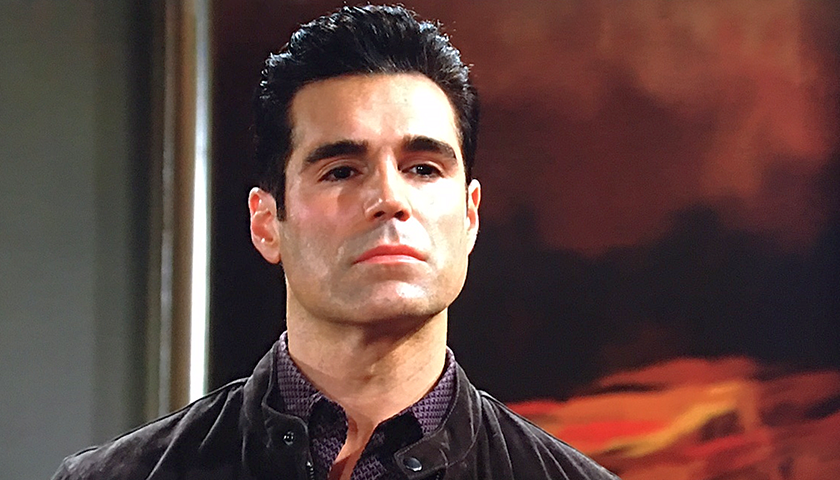 Spoilers tease Sharon Newman (Sharon Case) and Nick Newman (Joshua Morrow) will talk to Faith about her first day at school. She’ll say one guy tried to bully her but, “Moses stepped in and shut him down.”

Speaking of Moses, he’ll text Faith and she’ll invite him to join her at Crimson Lights. As they do their homework, Sharon will admit to Nick that Rey has moved out but she hasn’t told Faith yet. She’ll say that when she and Rey were discussing their marriage, Adam Newman (Mark Grossman) called her. “Something about the way he just shut down worries me.”

Young And The Restless News: Mishael Morgan Is Back On The Y&R Set #YR #YoungandRestless #YoungandtheRestless https://t.co/AESCZBQtCY

Meanwhile, Billy will show up at Society for his date with Lily. He’ll tell her Ashland Locke (Richard Burgi) had a heart attack. Then he’ll dish about how Victor stole Cyxares from Victoria and how she in turned banned him from Newman Enterprises.

At the Grand Phoenix, Victoria will tell Nikki Newman (Melody Thomas Scott) she no longer needs or wants her father’s guidance. “If he forced Locke to sign the deal under duress…all bets are off,” she’ll tell her mother. Nikki will be upset about how much their relationship has deteriorated.

Finally, after a visit from Nate Hastings (Sean Dominic), Chelsea will be walking around the penthouse, ranting and raving. Rey will knock on the door and she’ll jump back into her wheelchair and tell him to come in. He’ll ask Chelsea to bring Connor back to Genoa City and tell Adam he’s sick. “You want to use my son as bait?” an incredulous Chelsea will ask. “The answer is no.”

Then she’ll tell him she thought he was more principled than that. “My hatred for this guy is taking over any good in my life,” Rey will reply. He worries he might do something he will regret. “Doing the right thing is in your DNA,” Chelsea will say. “You’re not like the rest of us Rey.” He will take a good look at her and he won’t like what he sees. But will Rey realize Sharon and Adam could be right and Chelsea was the person who poisoned him?