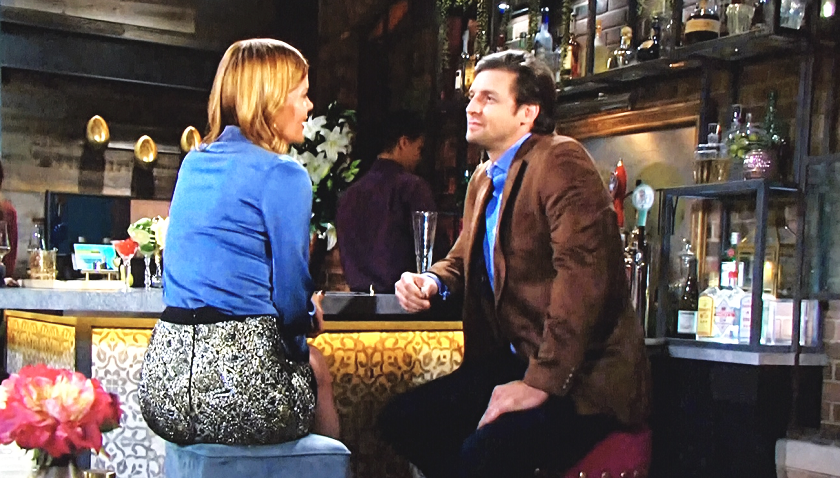 Young And The Restless (Y&R) spoilers for Friday, January 10 tease that Sharon Newman (Sharon Case) and Nick Newman (Joshua Morrow) will reminisce about Cassie. It’s Mariah Copeland’s (Camryn Grimes) birthday, which means it would have also been Cassie’s.

Also coming up on Friday, Phyllis Summers (Michelle Stafford) will move in on Abby Newman’s (Melissa Ordway) man. And Amanda Sinclair (Mishael Morgan) will open up to Billy Abbott (Jason Thompson) about her past.

Mariah will arrive at Sharon’s place to celebrate her birthday. Faith Newman (Alyvia Alyn Lind) will also be there. Mariah will tell Sharon that Tessa Porter (Cait Fairbanks) has decided to go on tour and she’s OK with it.

When Nick shows up, he and Sharon will get teary-eyed and talk about how much they miss their girl. They will look through old photo albums and try to focus on the happy memories they have of Cassie.

At Crimson Lights, Devon Hamilton (Bryton James) asks Nate Hastings (Sean Dominic) if he’d like to head up a new venture. He and Elena Dawson (Brytni Sarpi) would like him to supervise a new medical system for the clinic. Nate says he’s honored by the offer and will heartily accept.

Meanwhile, at Society, Phyllis and Amanda will chat over drinks. Phyllis will see Chance Chancellor (Donny Boaz) at the bar with Abby and make a quick call. Abby will then rush out and head to the Grand Phoenix.

Around the same time, Amanda will get a text from Billy and say she needs to leave. Phyllis will take the opportunity to slither up to the bar and sit beside Chance. “Can I join you?” she’ll ask.

Amanda will arrive at the dive bar and spot Billy. He will apologize for how he spoke to Sharon about the two of them when she served them coffee at Crimson Lights. Billy will tell her he wants to get to know her better and she’ll begin to open up to him.

She will open up to him, and say she thought she had met her soulmate, but the man she was involved with tried had to control her life. He was one of the reasons she ended up in Genoa City. The pair will then make a toast to their friendship. But Billy will still wonder if he’s somehow crossing a line being with Amanda.

It looks like another great episode is coming up. Keep reading The Soap Scoop for more Young And The Restless spoilers and news.