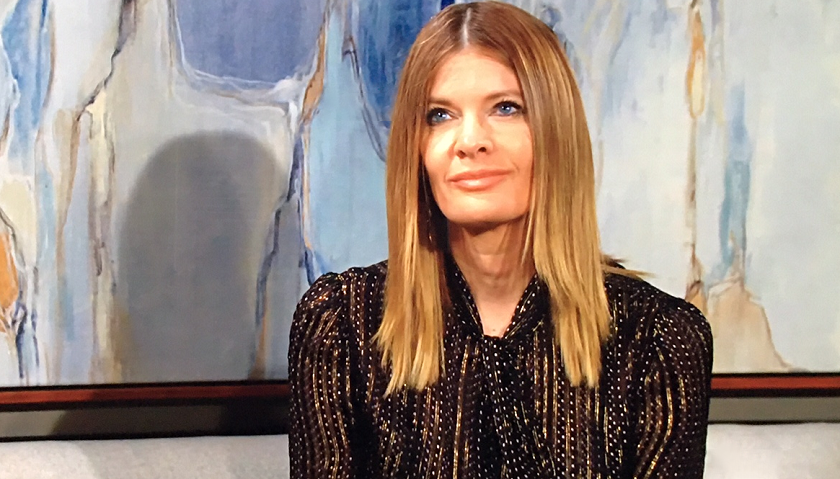 The Young And The Restless (Y&R) scoop for Friday, December 11 suggests Phyllis Summers (Michelle Stafford) will feel like a failure.

Also coming up, Abby Chancellor (Melissa Ordway) will discuss the case against her uncle and Rey Rosales (Jordi Vilasuso) confides he has doubts. Plus, Lily Winters (Christel Khalil) will go the extra mile for Billy Abbott (Jason Thompson).

At Crimson Lights, Abby will be upset when she learns Chance Chancellor (Jason Gaston) will have to testify against Billy. He’ll say he has no choice and all he can do is tell the truth. Abby will say she understands.

Then at the Genoa City PD, Chance and Rey will discuss the case against Billy. They both know Billy has hated Adam Newman (Mark Grossman) for years. But Billy seemed to be in a good place in his life so “why now?” Rey will ask Chance. And if he was framed, they’ll both wonder who would have done it.

At Society, Lily and Billy will find out the eyewitness is staying somewhere in Genoa City under Rey’s mother’s name. At first, they’ll consider that perhaps Celeste Rosales (Eva LaRue) witnessed the shooting. But after a quick chat with Lola Rosales (Sasha Calle), they’ll determine that Celeste has been in Miami for months.

Lily will make some calls and find out “Celeste” is staying at the Grand Phoenix. When no one is at the front desk, Billy will be on lookout as Lily scours the registration computer. She’ll find the room number and head upstairs. She’ll knock on the door but viewers will have to wait until Monday to find out who’s inside the room!

Finally, Phyllis will be livid when she finds out what Victoria Newman (Amelia Heinle) has planned for the Grand Phoenix. “I’m not going to let her get away with this,” she’ll tell her lawyer on the phone as Nick Newman (Joshua Morrow) walks in.

Phyllis will storm into Victoria’s office, with Nick at her side, and Victoria will stand firm. She’ll tell Phyllis she has one week to vacate the hotel. Later, Nick will revisit financing the hotel. Phyllis will reluctantly agree and when she offers to buy it from Victoria, the Newman CEO will quickly guess where she got the money. She’ll tell Phyllis she won, since she had to borrow money from Nick.