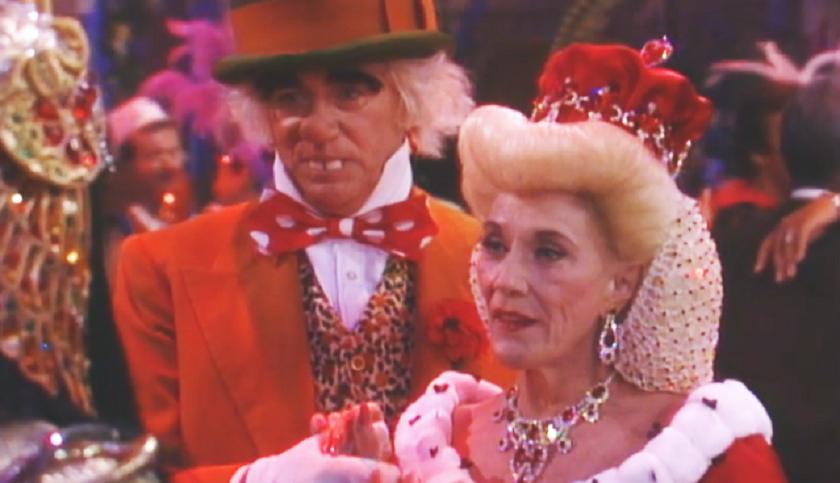 The Young And The Restless (Y&R) scoop for Friday, April 17 suggests this week’s flashback Friday episode will focus on the October 2, 1991 charity masquerade ball.

Everyone who was anyone in Genoa City attended the lavish party. Katherine Chancellor (Jeanne Cooper), dressed as the Queen Of Hearts, hosted the gala with her husband Rex Sterling (Quinn K. Redeker), as the Mad Hatter. Brad Carlton (Don Diamont) was there as Zorro and Traci Abbott (Beth Maitland) was Mae West. Other guests included Paul Williams (Doug Davidson) as a superhero, Lauren Fenmore (Tracey E. Bregman) as Marie Antoinette and Jack Abbott (Peter Bergman) as Prince Charming.

Viewers should note that Y&R will air original episodes from Monday to Thursday moving forward. A classic episode will air each Friday, due to halts in filming caused by the COVID-19 pandemic.

Jess Walton, who plays Jill Abbott on Y&R, told Entertainment Weekly about filming the party. “The whole stage was the ballroom. They had these steps where everybody made their entrances. It was the most beautiful set,” she said.

“This was the whole cast and it was magnificent because we had time to sit back and talk while other people were doing their scenes. We all got to be really close to each other and it was a really unifying event. I wish I could turn back time.”

Jill’s entrance at the event, dressed as Cleopatra, was one to remember. She came down the stairs with two half-naked men on either side of her, something Katherine needled her about. “You did pay them well?” she said to Jill.

“Katherine, I really don’t need this tonight,” Jill replied. But then Rex jumped in to break up their little tiff. “Ladies, where are our party manners?”