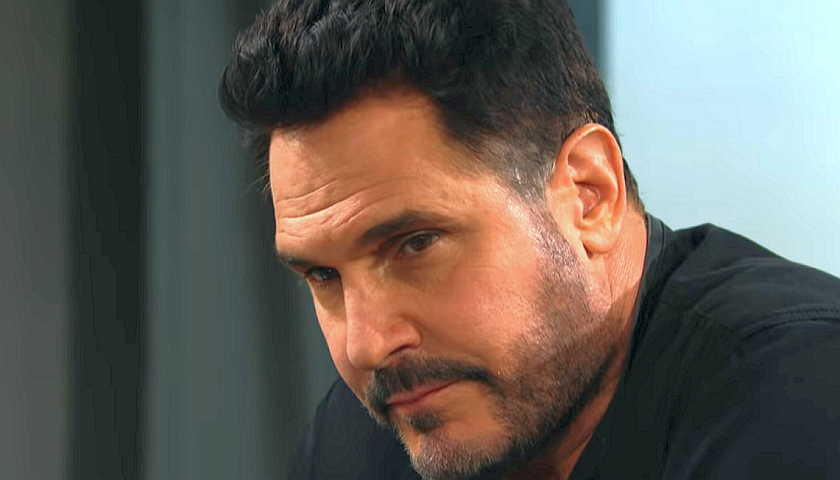 The Bold And The Beautiful (B&B) scoop for Friday, May 28 reveals Bill Spencer (Don Diamont) will refuse to show any remorse.

Spoilers tease Hope will be torn about doing the right thing. She knows her husband wants to confess to the hit and run that killed Vinny Walker (Joe LoCicero). But confessing to clear his conscience is one thing. The consequences of admitting the truth are another.

However, as Bill Spencer (Don Diamont) pointed out to Lope, Liam could go to prison for years. He believes that if Liam confesses, it would be the biggest mistake he’ll ever make in his life. “You think this is about right and wrong but it’s not,” he said to Hope. “Sacrificing my son’s life for that dirt bag Vinny, that’s not right.”

Bold And The Beautiful Daily Scoop Thursday, May 27: Bittersweet Moment For Liam And Hope As They Declare Their Love – Ridge Puts Carter On The Hot Seat #BoldandBeautiful #BoldandtheBeautiful #Lope https://t.co/vItkrXaulH

Hope has a beautiful family that she cherishes. And she’s almost certain the moment Liam tells Deputy Chief Baker (Dan Martin) he was the one who hit Vinny, that family will be lost forever. It feels like her whole life is at stake, so what will she still support Liam’s decision to confess?

Meanwhile, like a dog with a bone, Wyatt Spencer (Darin Brooks) will keep digging. He’ll insist on knowing why Bill feels absolutely zero sympathy about Vinny’s death. Sure, the guy tampered with Steffy Forrester’s (Jacqueline MacInnes Wood) paternity test. But it seems to Wyatt he wasn’t maybe as bad as Bill makes him out to be.

Of course, Wyatt is also suspicious that whatever his brother and father are hiding with him has to do with Vinny’s hit and run. “You didn’t run over a saint,” Bill told Liam recently. “Vinny was a piece of garbage, a common thief.”

He’ll undoubtedly express similar sentiments to a stunned Wyatt on Friday. But will Bill ever feel any kind of remorse or guilt when it comes to Vinny?