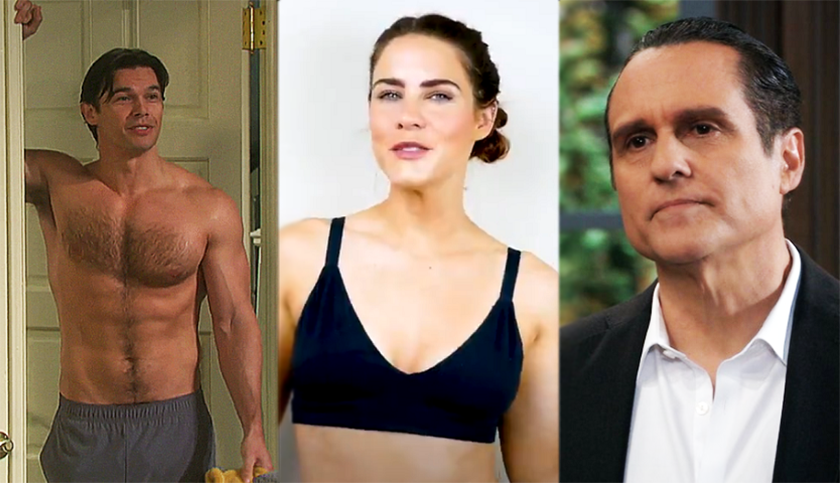 General Hospital (GH), Bold And The Beautiful (B&B) and Days Of Our Lives (DOOL) stars recently shared their quarantine routines with Soaps.com. And like many people these days, it involves a lot of binge watching.

For Maurice Benard, who plays Sonny Corinthos on GH, it’s been all about television. “I try to get up and watch some TV. Then I watch more TV,” Benard said. “There’s not a lot to do, man. I started watching Tiger King, told everyone about it and then stopped watching for whatever reason.”

His GH co-star Carolyn Hennesy, who plays Diane Miller, feels much the same way, figuring out “what I’m going to binge watch for the day.” Although, to organize her time, she writes a daily list. Then, depending on if it’s raining or not, she’ll walk her dogs.

She and her best friend Tracy have discovered online escape room apps and have been spending tons of time trying to solve them. “I’ve also been reading tremendous amounts,” Hennesy said. “I’m starting War and Peace. I feel it must be done.”

Paul Telfer, who portrays Xander Cook on DOOL, said the lure of television has also sometimes been too great. “I wish I was being more productive right now. I’m supposed to be writing a script,” he said.

“My schedule should be: Wake up, have coffee, work on the script, do some exercise, convene with Carmen (his wife)…then go for a stroll in a safe area. But the last few days we’ve skipped right to watching the TV.”

Courtney Hope, who plays Sally Spectra on B&B, has spent her time in isolation with her longtime boyfriend Chad Duell, who portrays Michael Corinthos on GH. The pair are obviously still keeping in great shape too. They’re both participating in a daily jump rope challenge, waking up and jumping rope for ten minutes every morning and walking their dogs twice a day.

They also watch an episode of The Office every day while they have lunch and then go their separate ways for a few hours.”Sometimes we find a puzzle to do or play a video game together,” Hope said. “Then we eat dinner, watch something on TV or finish our puzzle…and go to bed.”

Keep reading The Soap Scoop for more updates, spoilers and news. And make sure you join our free B&B, GH and DOOL Facebook Groups. Everyone stay safe out there.