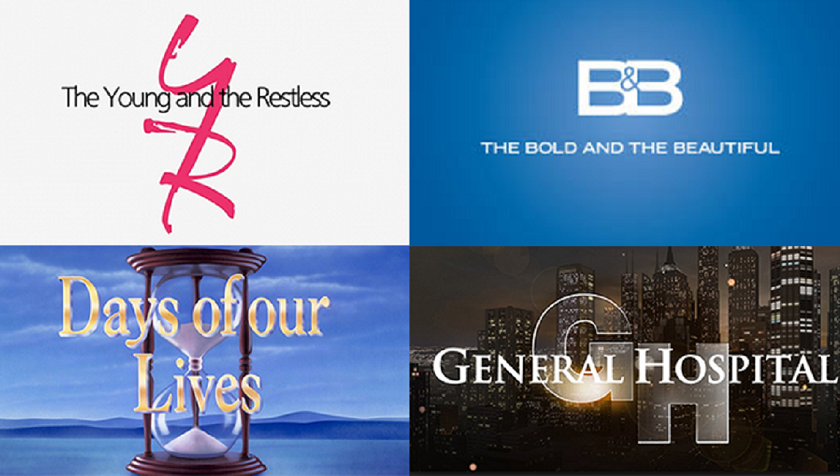 The Soap Opera Daily Scoop reveals all four North American soaps have paused production, due to the COVID-19 pandemic.

ABC soap General Hospital (GH) was the first to turn its lights off. Producers announced on March 13 that the soap would halt production for the next two weeks.

Then came the declaration from CBS yesterday, noting that Bold And The Beautiful (B&B) and Young And The Restless (Y&R) would suspend production, effective immediately. This gap in production is slated to last for two weeks.

Also shutting its doors until March 29 is NBC soap Days Of Our Lives (DOOL). Head Writer Ron Carlivati confirmed the news on Twitter.

“Days is not still in production,” Carlivati said. “At the moment, the show is dark this week and next (through March 29).”

All four soaps film from studios in California. B&B and Y&R production takes place at CBS Studios in Los Angeles. DOOL is taped at NBC’s Burbank Studio in Burbank and GH is filmed at ABC’s The  Prospect Studios (also known as ABC Television Center) in Los Angeles.

So what does all this mean for North American soap fans? GH, B&B and Y&R film episodes about six weeks in advance, so if the shutdowns continue past the two week mark, viewers will see new episodes until approximately the end of April.

Whereas DOOL films its episodes about six months in advance, so DOOL fans won’t need to worry about their favorite soap. They will likely still see new episodes until at least the end of August.

Keep reading The Soap Scoop for more updates, spoilers and news. And make sure you join our free B&B,Y&R, GH and DOOL Facebook Groups. And everyone stay safe out there.