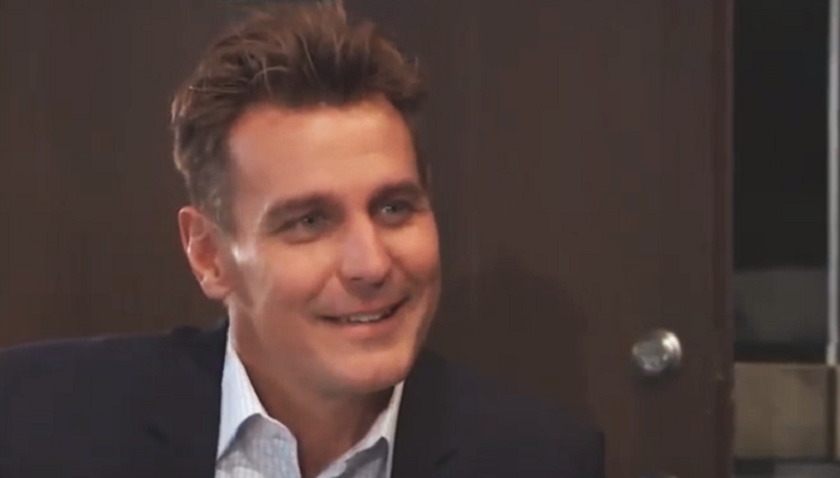 Also coming up on Monday, Michael Corinthos (Chad Duell) and Sasha Gilmore (Sofia Mattsson) will relocate and Ned Quartermaine (Wally Kurth) and Tracy Quartermaine (Jane Elliot) will have a disagreement.

U.S. viewers please note, GH has finally gotten with the times and will resume airing original episodes. If the impeachment hearings continue next week, viewers can watch GH every night starting at 8 p.m. on ABC.com or the ABC app.

Viewers saw Jax kiss Nina on a recent episode. She was surprised, but certainly didn’t seem to mind. These two have been flirting for months, so that kiss was a long time coming, especially for viewers.

But shortly afterwards, Valentin Cassadine (James Patrick Stuart) showed up at Crimson. He was there to tell Nina he was confident the charges against him were going to be dropped. “I just wanted to let you know that I’m practically a free man,” he told her.

Jax knows Nina still harbors feelings for Valentin. On Monday, he will wonder what the last straw will be. What will it take for Nina to finally banish Valentin from her once and for all?

Over with Michael, after the horrific shootings in Port Charles, he will decide he needs to protect his girlfriend and he and Sasha will relocate. Sasha will be all for it – but where will they go?

Finally, Ned and Tracy will have a bit of a tiff. Could it be over Nelle Benson (Chloe Lanier) and her claim that her late husband Shiloh Archer’s (Coby Ryan McLaughlin) ELQ shares are hers? Whatever Ned and Tracy are arguing about, viewers can expect to see a lot more bitter bickering going on with the Quartermaines.