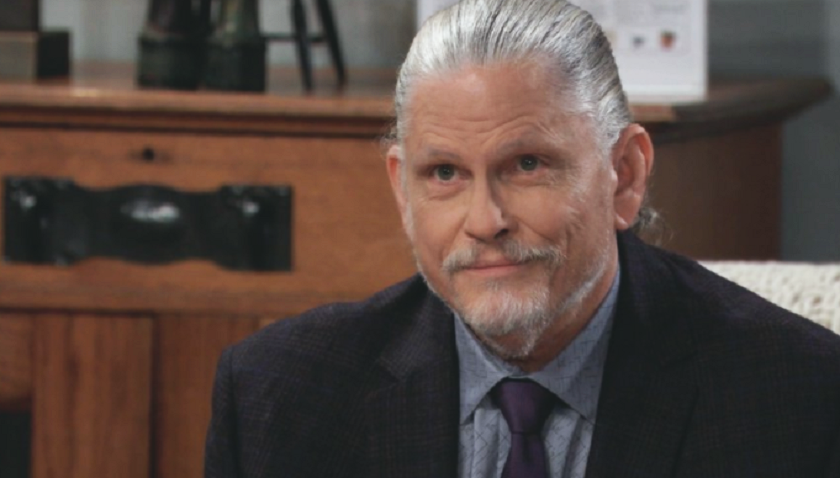 The General Hospital (GH) scoop for the week of September 7 hints Jordan Ashford (Brianna Henry) will be seeking answers.

Also coming up this week, Nina Reeves (Cynthia Watros) will take a trip with Jasper Jacks (Ingo Rademacher), Cyrus Renault (Jeff Kober) will enjoy his view from the top and will continue the shakeups at General Hospital. Plus, Valentin Cassadine (James Patrick Stuart) will face someone’s wrath.

Viewers should note, GH will air an encore episode on Monday, September 7, due to the Labor Day holiday, but will return with new episodes on Tuesday, September 8.

Spoilers tease Nina will be thrilled that she’s getting closer to solving the mystery of her long lost daughter. Joining her on her epic mission will be Jax. The pair will head to Manhattan, to speak to the jeweler who designed her necklace. Will their trip yield any clues?

Other spoilers indicate more heart wrenching scenes, when Sonny Corinthos (Maurice Benard) spends time with his father at Turning Woods. Josslyn Jacks (Eden McCoy) will also pay Mike Corbin (Max Gail) a visit later in the week, so that could be a tear jerker as well.

Over with Valentin, who will face some angry people. Thanks to his ELQ takeover plan, Cyrus got enough votes to take over the hospital. Cyrus has already fired Monica Quartermaine (Leslie Charleson) and Bobbie Spencer (Jacklyn Zeman). He’s savoring the power he has, so viewers can expect more firings coming up.

Rumor has it, Bobbie will lay into Valentin when she encounters him. She’ll put him on blast and blame him for getting fired. Bobbie will be sure to tell him if he wasn’t so power hungry, none of this would have happened.

Finally, Jordan will confront Cyrus. It may be about his hospital takeover, or it could be about Neil Byrne’s (Joe Flanigan) overdose. She suspects Cyrus may have had something to do with the doctor’s untimely demise and she certainly wouldn’t put it past him. But did Cyrus cause or contribute to Neil’s death?

It looks like another great week coming up! Keep reading The Soap Scoop for more General Hospital spoilers and news. And make sure you join our free GH Facebook Group.