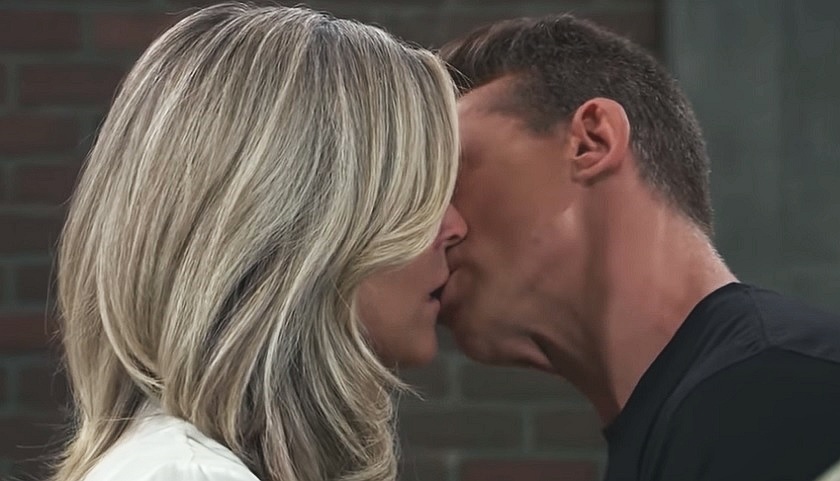 Also coming up this week, Jasper Jacks (Ingo Rademacher) will try to get in touch with Maxie Jones (Kirsten Storms) about Peter August (Wes Ramsay). Plus, Sonny Corinthos (Maurice Benard) will take the bull by the horns as Nina Reeves (Cynthia Watros) panics and Drew Cain (Cameron Mathison) will plan his escape.

GH spoilers tease Jax will desperately try to get ahold of Maxie. He’ll find out Peter is alive and well and in Nixon Falls and he wants to warn her. Of course, Maxie will be busy organizing the wedding and arguing with Brook Lynn Quartermaine (Amanda Setton). But will Jax manage to get his urgent message to her?

Over with Nina, who will face Peter’s wrath this week. She sent him on a fools errand to St. Lucia and he’ll be very angry. “How best to handle you,” he says to a terrified Nina in the GH sneak peek. However, before Peter gets a chance to exact his revenge, Sonny will rush in to protect her.

Jax needs to understand why Nina kept Sonny from his life, West Coast… if only it were that simple.
An all-new #GH starts RIGHT NOW on ABC! @watroswatros pic.twitter.com/yLCG6t248D

Sonny will attack Peter and unfortunately, the battle will set off a chain of events that can’t be undone. It’s rumored that the Tan-O will burn to the ground. But will Sonny and Peter make it out alive?

Other GH spoilers tease Josslyn Jacks (Eden McCoy) will blast Spencer Cassadine (Nicholas Chavez) and Valentin Cassadine (James Patrick Stuart) will get a shocking phone call. Plus, Drew will take matters into his own hands and attempt to escape.

General Hospital Scoop – Jarly Say Heartfelt Vows To Each Other

Finally, Carly and Jason initially decided to get married for purely practical reasons. But last week, she admitted to her best friend she had developed real feelings for him. Jason reacted by saying they could put her admission behind them. Things would be awkward for awhile, but they’d get over it. “Or we can get married, for real and spend the rest of our lives together.”

Which is what they’ll set out to do as they say their heartfelt vows to each other this week. But with all the mob families in attendance and everyone on pins and needles, will this wedding go off without a hitch?