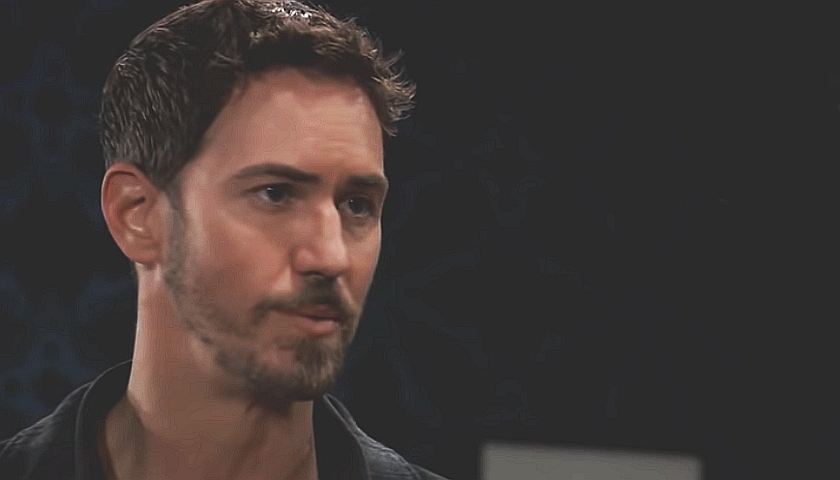 Also coming up this week, Carly Corinthos (Laura Wright) will update Jason Morgan (Steve Burton) and Alexis Davis (Nancy Lee Grahn) gets a support system. Plus, Maxie Jones (Kirsten Storms) and Britt Westburne (Kelly Thiebuad) will team up and Laura Collins (Genie Francis) will be disappointed in her brother.

Spoilers tease Carly will visit Jason in prison and fill him in on her new understanding with Cyrus Renault (Jeff Kober). In a nutshell, if Cyrus gets his mother back, perhaps Gladys Corbin (Bonnie Burroughs) might deny what she saw and change her story. But how will Jason react to Carly’s deal with the devil?

Over with Laura, who has been pinning her hopes on Martin Gray (Michael Edward Knight). She was expecting him to help her take down their brother once and for all. However, she’ll realize this week that may not be the case, after Cyrus joins them at Martin’s belated birthday celebration. “I have something to celebrate too,” Cyrus tells them in the GH sneak peek.

Meanwhile, Maxie and Britt will try to figure out what to do about Peter. He’s never going to give up on reuniting with Maxie, so what can she do? It seems likely the two women will try to come up with a plan to deal with Peter.

Over with Alexis, who will need some extra support this week. And she’ll get it from Hamilton Finn (Michael Easton) and Diane Miller (Carolyn Hennesy). But what will the pair do to help their friend?

Other GH spoilers indicate Trina Robinson (Sydney Mikayla) is hoping her father will change his plea. But will Marcus Taggert (Real Andrews) listen to his daughter? And Nina Reeves (Cynthia Watros) will think she’s doing the right thing.

Finally, Peter will tell a stunned Elizabeth Baldwin (Rebecca Herbst) he wants to take responsibility for her husband’s death. Viewers know it’s highly doubtful he’ll confess to killing Franco. So what is Peter up to this time?