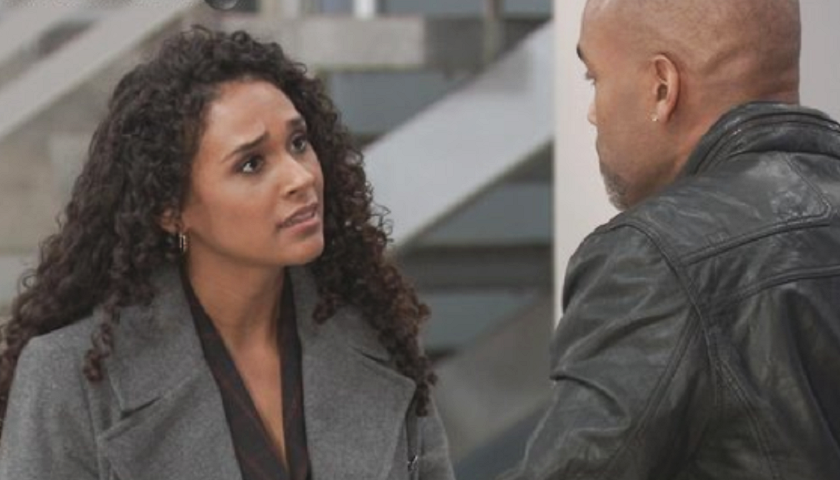 General Hospital (GH spoilers) for the week of March 2 hint the mob war is just getting started and Sonny Corinthos (Maurice Benard) will demand answers.

Spoilers tease multiple casualties will arrive at the ER on Monday. Viewers know Marcus Taggert (Real Andrews) will be one of them. He was shot on Friday and as he lost consciousness, he asked Curtis Ashford (Donnell Turner) to take care of his daughter. It’s rumored he’ll survive and his daughter Trina Robinson (Sydney Mikayla) will be relieved. And on March 5, Trina will also have her mother to lean on, when Portia arrives in Port Charles.

General Hospital Spoilers – Can Harrison Chase Bring Willow Tate Out Of Her Despair?

Other spoilers tease that Nelle Benson (Chloe Lanier) will be on the hot seat once again as Michael Corinthos (Chad Duell) gets his day in court. The GH weekly preview video shows a furious Carly Corinthos (Laura Wright) letting her have it. “You dropped your bomb, you can go now,” she says to Nelle.

And Willow Tait (Katelyn MacMullen) will continue to struggle with the loss of her child. She’ll be in depths of despair, knowing she wasn’t there for her child when he died. Can her boyfriend Harrison Chase (Josh Swickard) help bring her out of it?

Over with Jordan, who will be angry that Curtis didn’t tell her about his and Taggert’s plan. The two headed to the warehouse on Friday to save Cameron Webber (William Lipton) and Trina from Cyrus Renault (Jeff Kober) and his henchmen. Curtis left the warehouse unscathed, but Jordan knows it could have been much worse.

Meanwhile, Spinelli will ask Liesl some tough questions. He’s hoping she can help him in his Peter August (Wes Ramsey) investigation. She’ll want to protect Maxie Jones (Kirsten Storms), so will she help him? And Ava will visit Liz, looking for her support and hoping that her infidelity clause scheme will work.

Finally, both Sonny and Jason Morgan (Steve Burton) will demand answers. They’re furious that Cyrus took things way too far and snatched the kids. But will they ramp up a mob war that’s already clearly out of control?