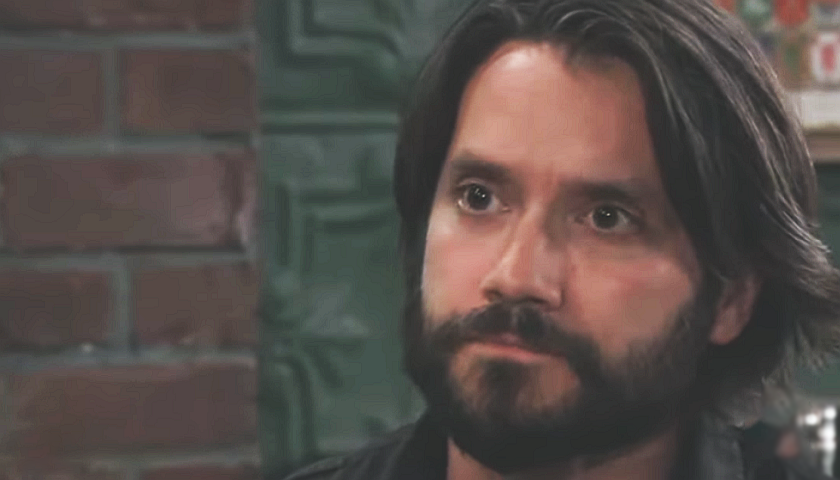 The General Hospital (GH) scoop for the week of March 1 hints nothing but trouble and chaos will erupt at the double wedding ceremony.

Spoilers tease Nina will spend some time venting to Ava about her nemesis Carly Corinthos (Laura Wright). And when Jasper Jacks (Ingo Rademacher) tries to talk some sense into her, she’ll give him the brush off.

Over with Franco, who will discover something and at the same time, he’ll also have an acute awareness. Will he recover more of Drew Cain’s (Billy Miller) memories and if so, what will he learn this time?

Meanwhile, fans know many soap weddings don’t go as smoothly as planned. But the double wedding of Maxie Jones (Kirsten Storms) to Peter August (Wes Ramsay) and Anna to Hamilton Finn (Michael Easton) will take the cake. Viewers know Finn and Anna have some major secrets they’re keeping from each other, but it’s Maxie that Anna’s worried about.

Before the ceremonies even start, Anna and Valentin will try to come up with a scheme to stop Maxie from what they believe is a huge mistake. Anna will be afraid things have gone way too far to do anything. But Valentin will feel differently. “It’s not too late,” he tells her in the GH sneak peak.

One of the brides to be will start her wedding day by visiting her late husband’s gravesite. She’ll also run into Liesl Obrecht (Kathleen Gati) while she’s there. “Peter is not the man that you think he is,” Maxie will tell her. When she finally arrives to her nuptials, she’ll learn her fiancé has been delayed.

And indeed he will be, as Dante Falconeri (Dominic Zamprogna) will show up at Peter’s to confront him. “Mind if I come in?” he asks him. Rumor has it, Valentin will also show up at the publisher’s place. But the big question is, will either couple actually end up saying their I Do’s?