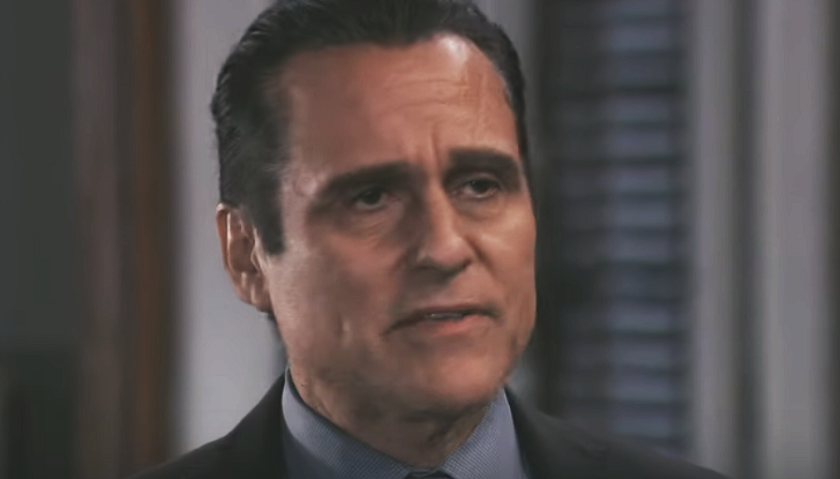 General Hospital (GH) spoilers for the week of February 3 hint that Sonny Corinthos (Maurice Benard) will face down an enemy and Jason Morgan (Steve Burton) will deliver a warning.

Also coming up, Anna Devane (Finola Hughes) will have a disagreement with her fiance Hamilton Finn (Michael Easton). Will it have something to do with Peter August (Wes Ramsey)? Other spoilers tease Nelle Benson (Chloe Lanier) will be miserable and furious this week.

Let’s start with Sonny, who will be investigating the aftermath of the mob hits that targeted his family. He’ll want to know who was responsible and he’ll start by questioning Brando Corbin (Johnny Wactor).

Viewers saw Brando take a bullet, as he protected Sonny’s wife Carly Corinthos (Laura Wright). But what was he doing, armed and packing, at the coffee warehouse to begin with? Sonny will want the answer to that question and many more, when he interrogates Brando this week.

Sonny’s right hand man and bodyguard Jason will also be on high alert and he’ll deliver a harsh warning to someone. Will it be Peter, or will Jason manage to track down someone responsible for the mob hits?

Over with Nelle, who won’t be a happy camper when Michael Corinthos (Chad Duell) tells her she has to continue to live in the boat house. And things will get even worse, when she makes an appeal to Brook Lynn Ashton (Amanda Setton). Brook Lynn isn’t buying what Nelle’s selling and viewers can be sure she won’t exactly be receptive to whatever it is Nelle wants from her.

Meanwhile, Anna and Finn will argue, as rumor has it she will get defensive about Peter. She believes in Peter, but when she tries to get Finn to see the good in her son, it will cause the pair to clash.

Other spoilers tease that Tracy Quartermaine (Jane Eliot) and Ned Quartermaine (Wally Kurth) will continue to disagree.  And Damian Spinelli (Bradford Anderson) will spend time with both Maxie Jones (Kirsten Storms) and Sam McCall (Kelly Monaco). He’ll play catch-up with Maxie and Sam will seek him out. But what will Sam want from him this time?

Also, Lucas Jones (Ryan Carnes) may finally awaken from his coma. Will he remember everything Brad Cooper (Parry Shen) told him about baby Wiley, just before the car accident?